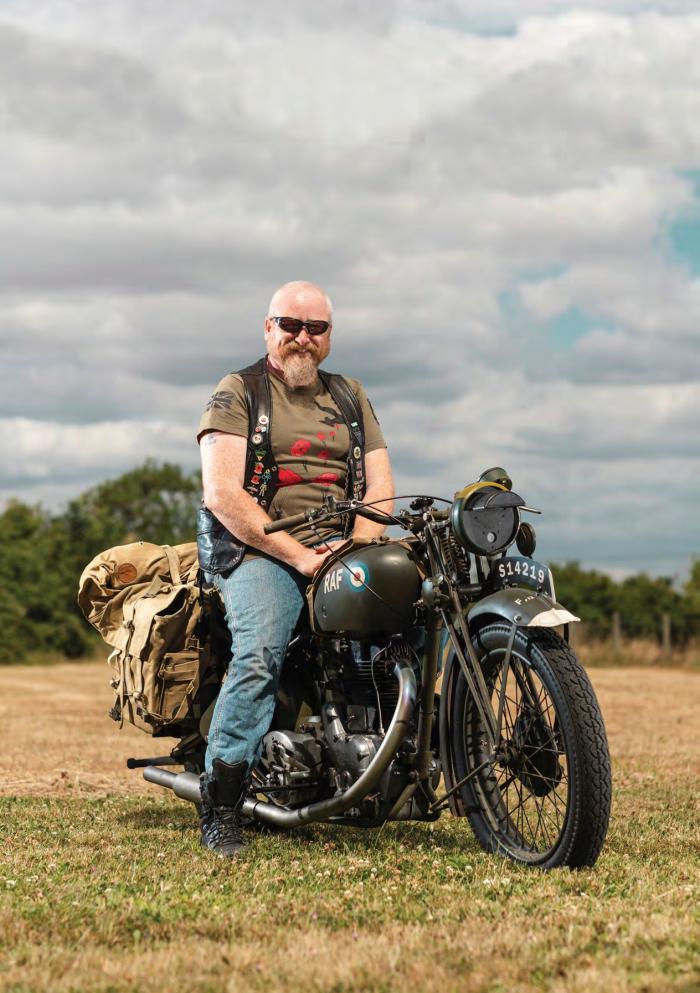 ‘This was a good workhorse, giving no sign that it was lugging a medium-weight load of kit’

Before I was one year old, our front door was blown off one night by a falling ack-ack shell that had failed to explode airside. A little later, my first words were attempts to say “lorries”, as British and US truck convoys rolled by on their way to the ports. Naturally, I’m still interested in World War Two. For Vince Povey, who’s a bit younger, it came about differently. Until 2008 he had been working under high pressure for a Cirencester-based distribution company. Eventually, the pressure got too much and Vince makes no bones about the fact that he fell ill from stress and had to leave.

Soon he and his wife were living in her late parents’ home, very near a former RAF station, Blakehill Farm. Now partly owned by the Wildlife Trust, Vince used to go and sit under the trees there, and take stock. The old airfield, its concrete runways broken up by then for motorway foundations, in wartime had been a transport base for 46 Group, a logistics outfit involved with both D-Day and Arnhem. Planes towing Horsa gliders or loaded with sticks of paratroopers had taken off from the field, many never to return.