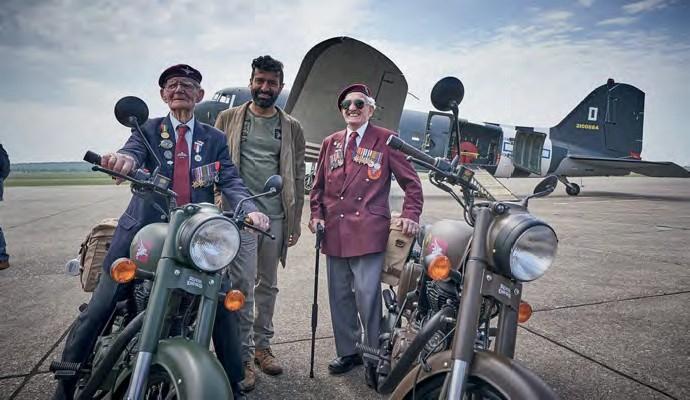 Royal Enfield launched a limited edition motorbike at the Imperial War Museum at Duxford in May. The new bike is based on the Flying Flea used by the Parachute Regiment in World War Two. The launch event included a dramatic display from the Red Devils, war veterans from Market Garden and plenty of historic motorbikes.

Inspired by the legacy of its iconic para-drop motorcycle from World War Two - the ‘RE/ WD125’but better known as the Flying Flea, Royal Enfield, in collaboration with the Ministry of Defence, has brought out a new range of exclusive limited edition motorcycles.