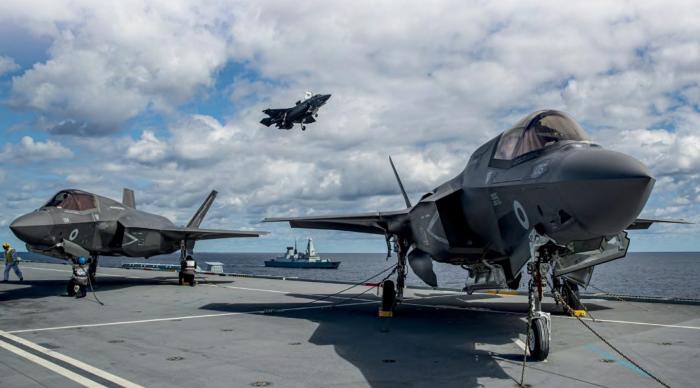 Britain’s newest strike aircraft on the deck of HMS Queen Elizabeth, with HMS Dragon in the background. (KYLE HELLER/CROWN COPYRIGHT)

In October, British F-35C Lightnings operated from the next-gen carrier HMS Queen Elizabeth for the first time while the ship was carrying out trials off the east coast of the United States. Prior to this, on September 22, HMS Prince of Wales, the second and final carrier in the class, went to sea for the first time. The following day, a Merlin Mk.II helicopter, ZH865, became the first aircraft to operate from her deck.

This means the two largest warships the Royal Navy has ever operated were at sea simultaneously. Prince of Wales is expected to be commissioned in 2020.