Fake news is not a modern phenomenon. Edward Corse reveals how the Allies used targetted propaganda in Turkey in World War Two to undermine the Axis powers

British undercover propaganda agents in Turkey carried out one of the most active campaigns to undermine the Nazi regime ever to take place in a neutral country.

On December 31, 1941, in the city of Istanbul, anti-Nazi propaganda leaflets and cartoons were distributed by post and left in popular meeting places such as cinemas and tramway halts. The German bookshop was graffitied with the V for Victory sign. Rumours were spread more widely and intensely than ever before.

The instigator and co-ordinator of this activity was GER Gedye. To the casual observer Eric Gedye, as he was known, was a New York Times journalist but, in reality, he had been working for Britain’s Special Operations Executive (SOE) for the previous nine months. 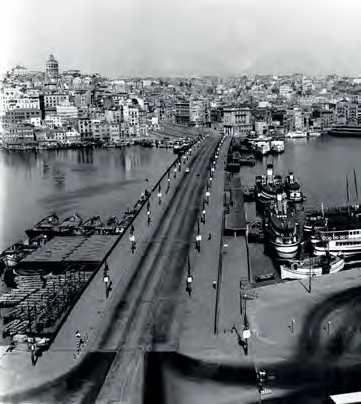 A HOTBED OF ESPIONAGE AND PROPAGANDA – ISTANBUL IN 1940
GETTY

Istanbul was a hotbed of espionage, propaganda and intrigue at the time, as depicted in Eric Ambler’s 1940 novel Journey into Fear. Agents from all sides in the war rubbed shoulders with each other, copying each other’s techniques and trying to persuade and cajole others into a coalition against their respective enemies.