THE RUNNING DOGS OF WAR

On the 60th anniversary of the Malayan Emergency, Gerry van Tonder examines the conflict often labelled as ‘Britain’s Vietnam’ 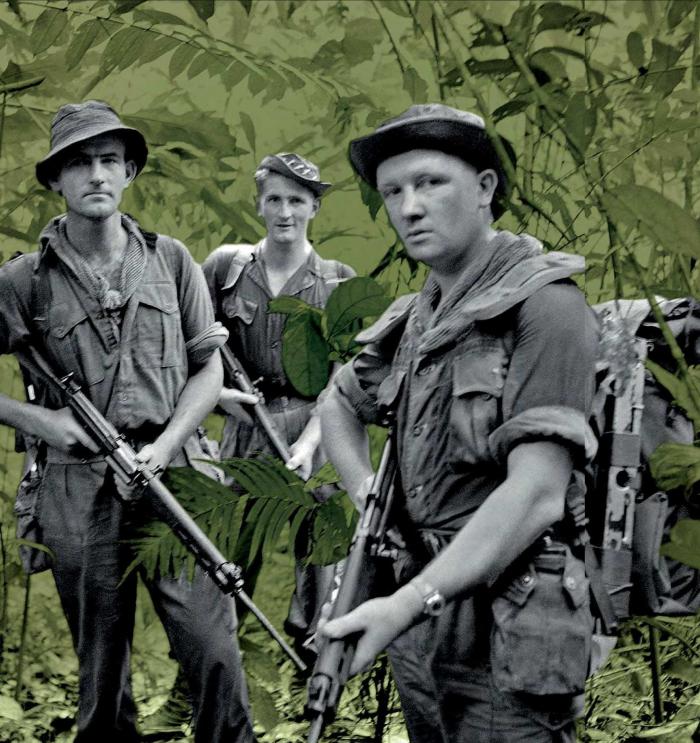 PRIVATES T FARLEY, R A SMITH AND M J PICKWORTH OF THE NEW ZEALAND REGIMENT IN THE JUNGLES OF MALAYA, OCTOBER 23, 1958. THE REGIMENT WAS FORMED IN 1947 AND ITS BATTALIONS PROVIDED THE BULK OF THE COUNTRY’S LAND COMMITMENT TO BRITISH AND COMMONWEALTH EFFORTS IN MALAYA AND LATER BORNEO.
(NATIONAL LIBRARY OF NEW ZEALAND)

In South East Asia, Imperial Japan had convincingly shown that white invincibility was a myth. The Britisharmed anti-Japanese resistance movements, dominated by Chinese communists, now turned on their European masters.

The transition to self-determination was relatively peaceful in Burma, but prolonged and bloody struggles ensued in the Dutch East Indies (Indonesia) and French Indochina: Vietnam, Cambodia and Laos.

From the 18th century, Britain had set up trading establishments in Penang on the west coast of the Malaya peninsula, and on May 1, 1791, the Union Flag was raised at Penang for the first time.