ACTION IN THE AEGEAN

Cutting-edge radar technology hastened the demise of a German warship on a desperate rescue mission. Ross J Robertson recounts the story of last surface action in the Aegean in World War Two 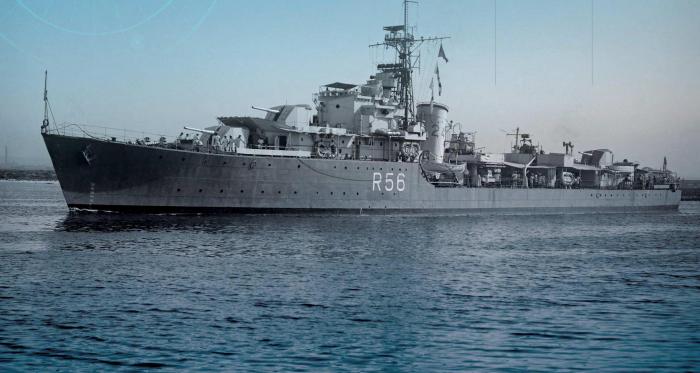 Within the darkened superstructure of the destroyer HMS Tuscan, a circular CRT display bathed a radar operator's face in an eerie phosphorescent glow. Emanating from the centre, the sweepline plainly recorded the Greek coastline six nautical miles to the southwest as it made its way around the screen. Each new sweep chased the afterglow of its predecessor, as if time could be slowed.

The empowerment offered by this state-of-the-art, almost otherworldly technology was unparalleled. Come rain or shine, night or day, little in open waters could evade the microwaves generated by this allseeing electronic eye.