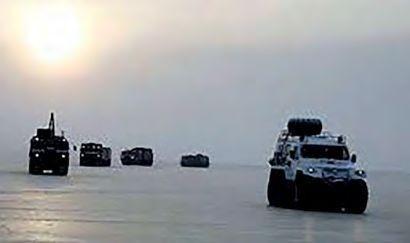 With a view to testing the battle-readiness of troops, equipment, vehicles and weapons, a pioneering Russian convoy is underway from the port of Tiksi in northern Yakuti to Kotelny Island in Siberia. The circular route will cross 1,140km of land before reaching the Laptev Sea and attempting a return journey encompassing an ice crossing of the frozen straits between the island and the mainland. 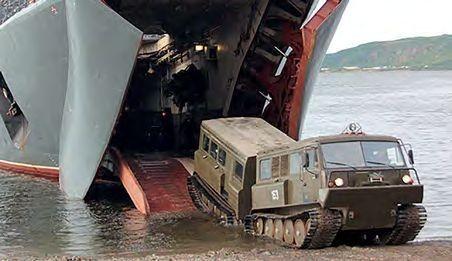 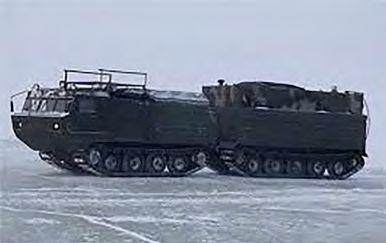 Russia tests men and machines on the frozen Laptev Sea

Temperatures can reach -30°C, with a wind speed of 35m/sec, the ideal conditions to undertake the planned 100 or so tests designed to assess operational efficacy of containers, inflatable tents, desalination equipment, clothing, snowmobiles and specialised vehicles. These include TREKOL vehicles using low tyre pressures and upgraded two tier DT- 10PM and DT-30PM transporters, all of which have been designed to cope with temperatures as low as -60°C. General Dmitri Bulgakov, deputy defence minister said: “Personnel are equipped with modern Arctic uniforms and have been provided with Arctic fuel and food supplies but it promises to be a gruelling exercise.”

Russia announced in 2013 its intention to increase its presence in the Arctic and to boost regional development there by 2020, which was later redefined as ‘protecting their national interests in the Arctic’; more than two million people live within Russia’s Arctic territories, more than half the Arctic’s entire population.