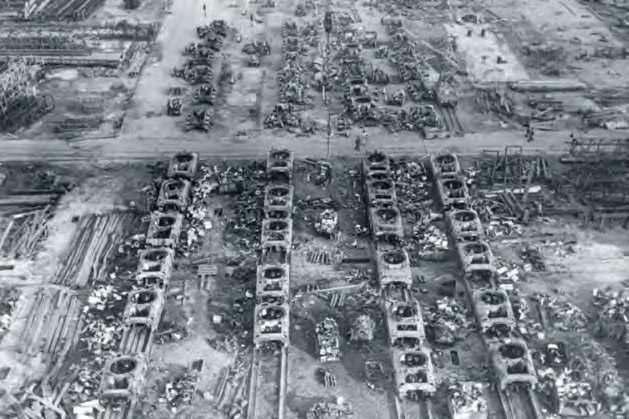 LEFT: SHERMAN HULLS WITH TURRETS, GUNS, ENGINES AND ALL OTHER MAJOR COMPONENTS REMOVED ALL IMAGES VIA THE AUTHOR

Established in October 1945, the British Board of Trade’s responsibilities included the transfer of capital plant allocated as reparations from Germany to Britain. It also arranged its disposal to industry. Its German Division also oversaw the Disposals Group Scrap Recovery Organisation (DGSRO), which supervised the disposal of thousands of surplus and unwanted armoured vehicles, aircraft and soft-skin transports.