By words and pictures Andras Zboray 16th May 2022
Features 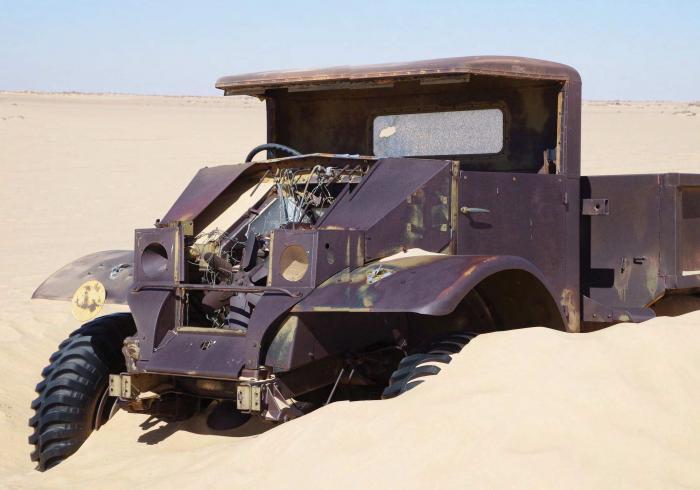 It is little known, but the Libyan Desert (Eastern Sahara) was the scene of one of the greatest logistical feats of World War Two. After the capture of Kufra by the Free French led by Col Leclerc in February 1941, it became apparent that the French had neither the manpower nor the logistical capability to maintain a garrison, and the task fell on the Sudan Defence Force (SDF).

“The C60L rests a short distance from the still recognisable tracks, to this day the easiest way across the bad, rocky country”

All supplies for the subsequent two years had to be trucked in from Wadi Halfa on the Nile, across 1,200km of barren and waterless desert. The convoys’ standard routes went via Selima Oasis, Bir Missaha and Jebel Kamil to the southern tip of the Gilf Kebir, either rounding it or crossing Wadi Firaq or Wadi Wassa. From there they turned north, passed 'Three Castles' and Wadi Sora, then continued via Mushroom Rock, Bab al Misr and Kendall's Dump to Kufra.