The Secret of Craigielands Woods

The discovery of a long-forgotten wartime bunker in Craigielands Forest provides a rare glimpse of Britain’s unlikely resistants. Matt Ritchie, an archaeologist at Forestry and Land Scotland, describes the find. 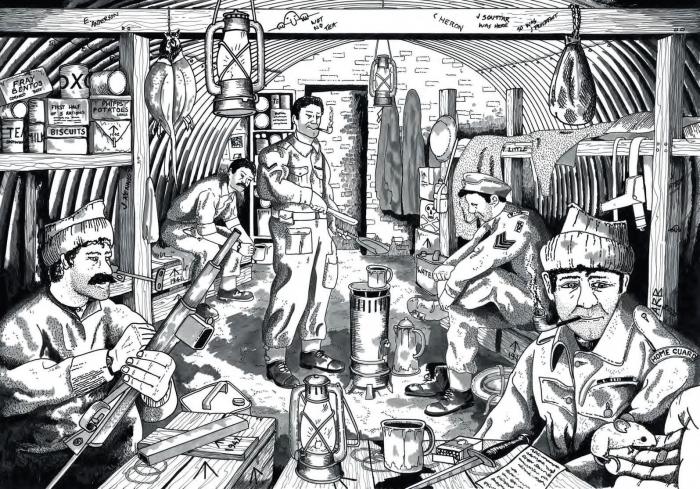 SCALLYWAGS THIS RECONSTRUCTION JUST BACK FROM BY A TRAINING ALAN BRABY PATROL. SHOWS THE THE AUXILIARY UNIT USING THE BASE NUMBERED SEVEN MEN AND THEY WOULD HAVE BEEN ARMED WITH REVOLVERS, SUBMACHINE GUNS AND A RIFLE. AS NOBEL THEY NO.808 ALSO HAD – AN STORES SOE FAVOURITE OF A PLASTIC AND EXPLOSIVE PARTICULARLY KNOWN USEFUL FOR DEMOLITION – PENCIL DETONATORS AND PRESSURE

Craigielands Forest is a local jewel located just a few miles from the ruins of the 13th century Auchen Castle, on a steep hillside next to the estate of a manor house in the Scottish Borders. Even 80 years ago, when the threat of German invasion was at its highest, it would have seemed an unlikely location for clandestine operations. Hidden deep within the 86-acre wood, which has no real paths or trails, is a secret staging post outfitted to support a brief campaign of resistance.