Craig Moore takes a look at one of the most formidable weapons in the arsenal of the Royal Artillery, the AS90 Self-Propelled Artillery gun 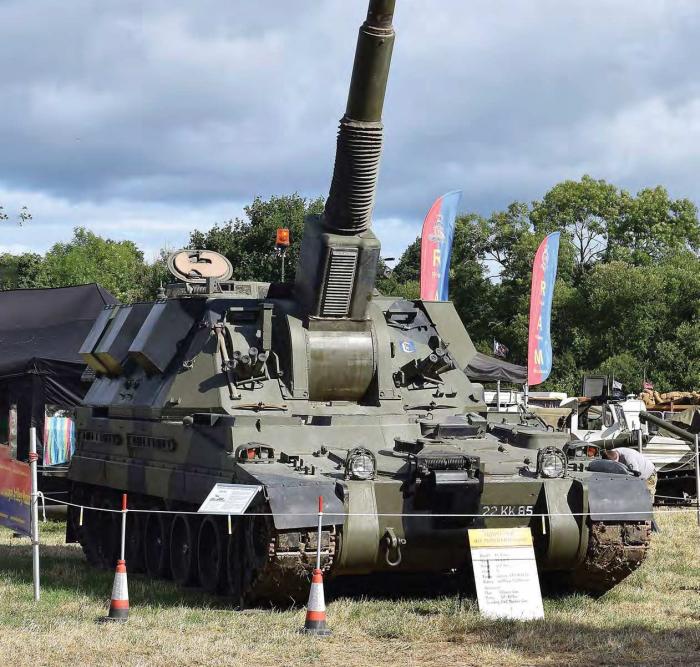 The AS90 155mm self-propelled artillery gun can elevate its gun to a high angle. It can fire standard high explosive shells up to 24.7km

An AS90 pictured at the Capel Military Show arena

The Royal Artillery Museum won this year’s Best at Show award, at the Capel Military Show 2022. I believe this award was given to it due to the way all members of staff and volunteers took time to interact with visitors and explain the role of the Royal Artillery in today’s British Army.

They brought with them a selection of weapons and vehicles from the collection, including an AS90 (Artillery System 1990) 155mm self-propelled artillery gun.