THE BATTLE OF BOWMANVILLE

Eighty years ago, what began on the beaches of Dieppe concluded violently some 6,000 miles away in Ontario. Alex Bowers explores Canada’s so-called ‘single land battle of World War Two’ 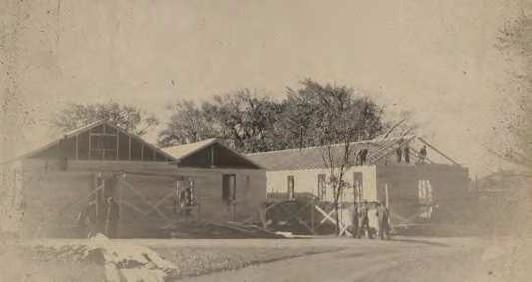 WOODEN BARRACKS UNDER CONSTRUCTION AT NO.30 CAMP
LIBRARY AND ARCHIVES CANADA.

In October 1942, a three-day revolt swept through No.30 Camp at Bowmanville. Months earlier, on August 19, 1942, the Allied assault against the French port town of Dieppe resulted in almost 3,000 killed, wounded or captured, a significant proportion of whom were Canadian. But, in addition to high casualties, victorious Germans searching washed up bodies and burnt-out vehicles discovered papers that both shocked and bemused.

The orders stipulated that German POWs were to be handcuffed to prevent them destroying seized documents. It was the start of the ‘Shackling Crisis’, and was further exacerbated in October 1942 when a British raid on Sark led to not only the binding but also the killing of (fleeing) German POWs.