On the Shelf New Books 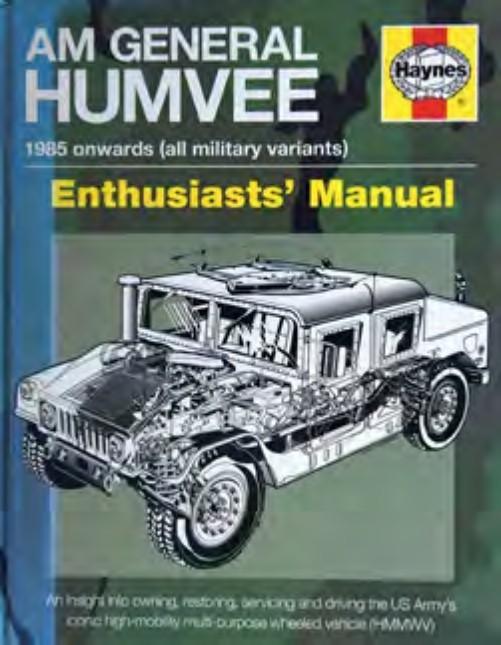 This is another in the series of books from Haynes that is a combination of the company’s famous workshop manuals and a history of a specific model. In this book the original military version of the HUMVEE is profiled in detail through a variety of photography, illustrations, spec charts and informative text. The HUMVEE was produced from 1985 onwards for the US military and later as the Hummer H1 in civilian versions ahead of the different H2 and H3 models. These are all described in the book but its emphasis is on the military models.

While the introductory chapter devoted to the origin of the HUMVEE is predictable, the chapter on the development and prototypes and how AM General won the contract is fascinating.

For tech heads, John Lawson’s cutaway drawing shows the HUMVEE in detail both on the cover and in annotated form inside. There’s enough charts and detail images to make this book a must-have if you own, model, or are just interested in the HUMVEE.

The photographs used to illustrate the book come from a variety of sources but the most interesting are the official US Department of Defence press images that show numerous examples of the HUMVEE in military operations in Iraq and vividly reflect the dust and the danger. 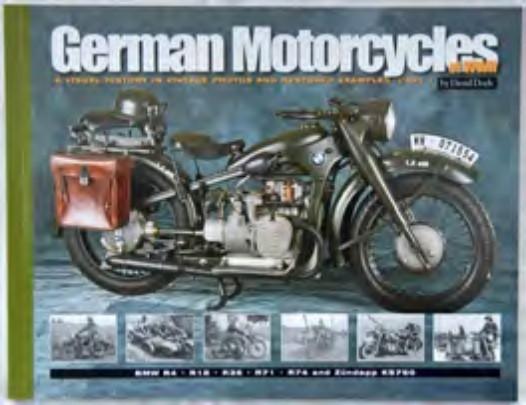 As it was the Germans who invented a new form of warfare - the Blitzkrieg - that relied on speed and mobility, it’s no surprise that they produced vehicles to deliver this. What is perhaps surprising is how heavily the Blitzkrieg relied on motorcycles in general and motorcycle combinations in particular. The difference between the Germans and the Allies seems to be that the Germans - with machine gun-toting combinations and as infantry transport - used the motorcycle as a weapon much more than the allied forces that largely used them in service roles.

This book, through a selection of black and white archive photographs that accompany contemporary photographs of restored motorcycles in the USA, provides considerable detail about the BMW and Zundapp machines of the German armies. Specifically it looks at the BMW R4, R35, R71 and R74 and Zundapp KS750 models and is strong on the detail of the restored examples of these machines and will be of interest to owners and restorers. It will even interest those building replicas from Russian-made, postwar Neval and Cossack combinations which have a link to the wartime German motorcycles.

The black and white photos are useful and interesting so it’s a bit of an omission that the location of many is not given as it would put them in context. 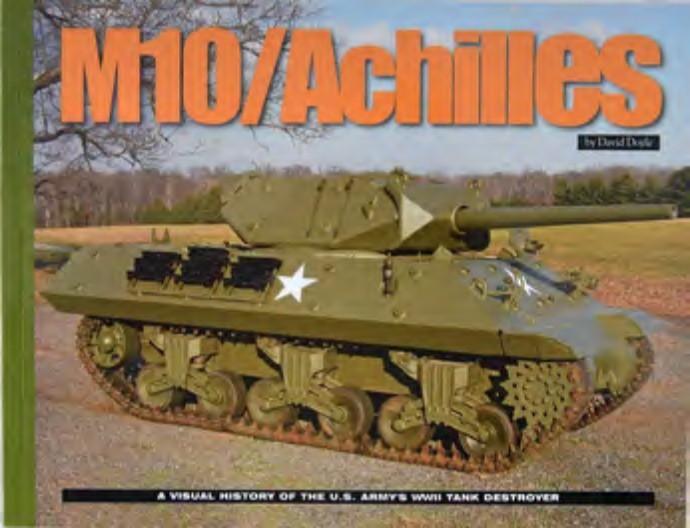 In the style of other books in this series from Ampersand, this book comprises a visual history of the US Army’s World War Two tank destroyers. The M10 was the US Army’s first fully-tracked, purpose-built tank destroyer and utilised the powertrain and suspension components of the diesel-powered M4A2 Sherman, the M10 featured sloping hull armour with an opentop turret carrying a 3in-diameter anti-tank gun. Demand was such that another variant, the M10A1, powered by a petrol Ford GAA engine, was also introduced. Later models were given larger calibre weapons to counter the threat from heavier German tanks. The British addressed this issue by rearming some of the 1,700 M10s that they received with the superb Ordnance Quick Firing 17-pounder antitank gun. These vehicles were designated by the British as 17-pdr. SP M10 Mark 1c. After the war the name Achilles was given to these vehicles.

The photography in this book includes a mixture of archive and contemporary shots. The latter includes numerous detail photos of the M10, M10A1 and Achilles machines while the archive photography puts the Tank Destroyers’ role in the fighting in both the European (ETO) and Pacific Theatres of Operations (PTO) very much in context. 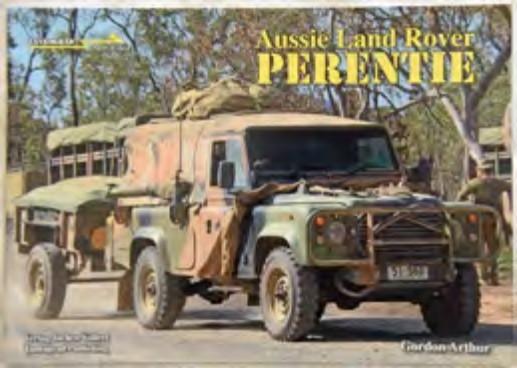 This limited edition book on the Aussie Perentie Land Rovers is still available and relies on 55 colour photographs to tell the story of the antipodean 4x4 and 6x6 Perentie machines. The official names of these Australian Land Rovers are ‘Truck, Lightweight, Land Rover 110 4x4’ and ‘Truck, Light, Land Rover 110 6x6’. The name Perentie came to be used as it was the original project name for the Australian Defence Force’s project to select replacements for its Series IIA and III Land Rovers - the Perentie is a large monitor lizard. Key differences between the original 110 and the Perentie Land Rovers are the fitting of a four-cylinder Isuzu diesel engine and use of a different chassis for the 6x6 versions.

The book starts with a two-page informational section on the Perentie vehicle in its numerous variants and the remainder of the book comprises photographic coverage of those numerous variants. The photos, most reproduced as full page images, with informative captions, show a selection of models, with hardtops, soft-tops and open Special Forces variants. For UK-based Land Rover enthusiasts, the variety of 6x6 variants will attract attention along with the Australian multi-coloured camouflage schemes. As the Perenties are being phased out of service in Australia some have now been imported to the UK.