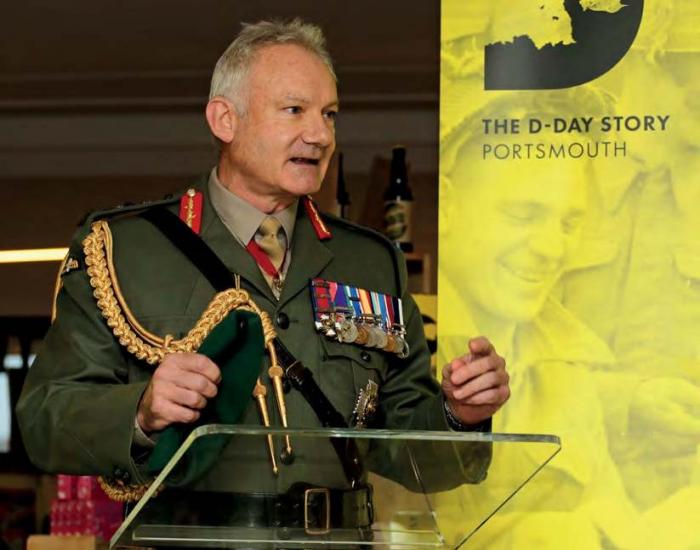 AS Britain at War went to press, the UK’s Ministry of Defence announced plans to mark the 75th anniversary of the Normandy Landings later this year. Speaking from the D-Day Story Museum on 16 January, Vice Chief of the Defence Staff, General Sir Gordon Messenger, outlined how the MOD, Royal British Legion and Portsmouth City Council would all be involved.

National commemorations in the UK will centre on Portsmouth on 5 June. Much of the invasion force sailed from the city on that date in 1944 and, 75 years on, the community will play host to a national tribute which is set to include a military parade, military bands, VIP speakers, and a flypast of period aircraft. A five-day programme – including the first Portsmouth Revival Festival and a Royal Collection Trust Exhibition, culminating in the Sunset Concert for Heroes – is planned by the local council to reflect the area’s unique role in the major and decisive operation. Perhaps the centrepiece for veterans is the MV Boudicca, which is due to make the passage back to Normandy, recreating the courageous voyage. Royal British Legion funding and a LIBOR grant allocated from the Treasury has enabled the ship to be specially chartered to transport and accommodate 300 former Normandy personnel – at no cost to them (see contact information below).

Events scheduled in Normandy include a parachute display at Pegasus Bridge, a service at Bayeux Cathedral, a reception for veterans at Arromanches, and the inauguration of the British Normandy Memorial at Vur-Ser-Mer. Defence Secretary Gavin Williamson said: “75 years ago the forces of 13 Allied countries gathered in Britain before launching the historic operation to liberate Europe. Winston Churchill rightly said that D-Day was “undoubtedly the most complicated and difficult” operation that had ever taken place. This June we will show our veterans that the debt to them is never forgotten for the price they paid for the freedom and peace we now enjoy.”

The Royal British Legion’s Commemorative Events Lead, Bob Gamble OBE: said: “As we mark 75 years since the largest seaborne invasion the world has ever seen we salute the bravery and sacrifice of all those who took part in liberating Europe. We invite those who wish to attend the events to commemorate their historic achievements to get in touch with the Legion and join our ‘all costs covered’ journey by ship back to France. The veterans will be the VIPs and we will make sure their every need is catered for as they travel back to Normandy.” The announcement in Portsmouth was accompanied by an open letter to veterans from Gavin Williamson. To see his letter and a provisional timetable of commemorative activities, see our article on 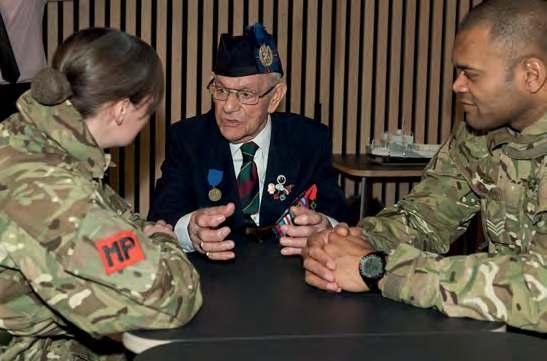 Service personnel with a Normandy veteran at the launch. (BARRY SWAINSBURY/ROYAL NAVY)

Veterans interested in the MV Boudicca passage can download an application form from the Royal British Legion (see: www.britishlegion.org.uk/community/d-day-75/).Forms must be completed and returned by 4 February 2019. Each veteran is entitled to travel with one guest or carer. The Legion will arrange the full return trip from their homes to the ship and back to their door free of charge. A ballot will be held if more veterans apply than there are spaces on the ship.