Phil Loder heads to The Tank Museum for the Fury Experience 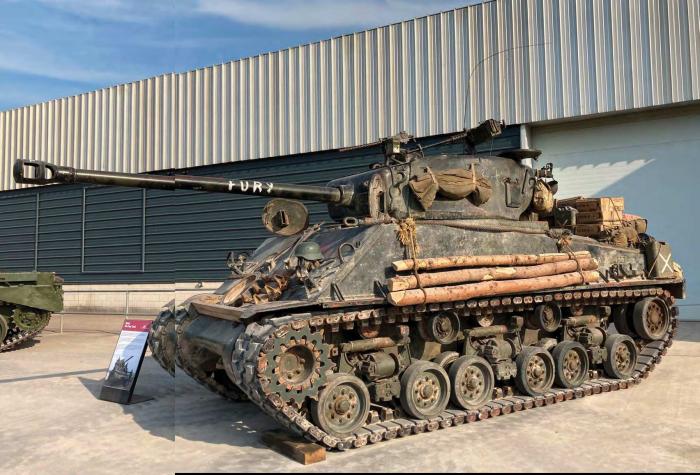 One of the vehicles that has been a regular fixture on my visits to The Tank Museum over the past few years is the M4A2E8 Sherman used in the title role of the Hollywood movie Fury starring Brad Pitt.

At my first Tankfest in 2014, the release of the film was still four months away, while by Tankfest 2015 the entry into the arena of the newly minted film star was eagerly awaited.

In October 2014, The Tank Museum opened an exhibition about the team’s involvement in the movie, from initial discussions with the production company in early 2013 to negotiations of how much the then 70-year-old Sherman Fury and co-star Tiger 131 could be used. As part of the exhibition, the team which accompanied the vehicles to the film set and operated them for the shoot shared their experiences in video interviews.

The exhibition closed in 2017, but interest in Fury hasn’t declined so in 2021 the museum launched ‘The Fury Experience’, a day dedicated to all things M4 Sherman, the museum’s involvement in the movie, and the tank itself. With a personal interest in both tanks and films, I thought I would sign up and see what it’s all about.