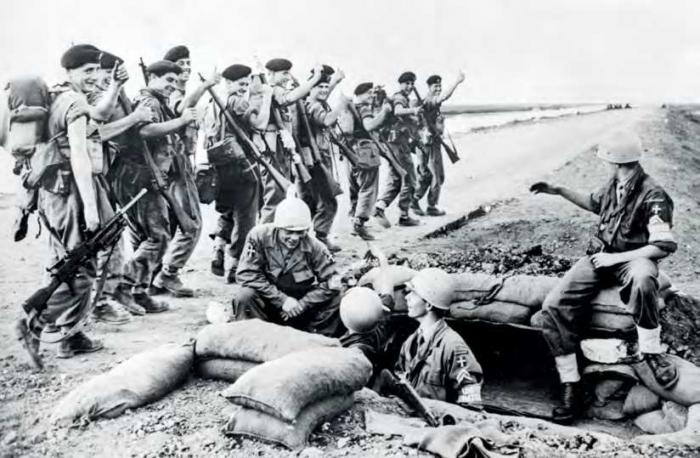 FAR LEFT BRITISH SOLDIERS HAND OVER TO DANISH UN PEACEKEEPERS IN EL CAP, EGYPT, IN DECEMBER 1956. THE AFTERMATH OF THE SUEZ CRISIS HERALDED THE FIRST DEPLOYMENT OF THE PEACEKEEPERS
AFP VIA GETTY 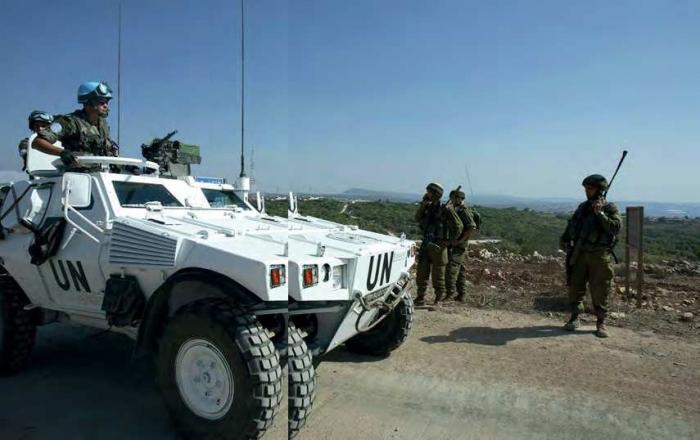 Born in Bridport, Dorset, on February 28, 1919, Brian Edward Urquhart attended Badminton and Westminster Schools before attending Oxford University in 1937. He quit his studies in 1939, joining the army and commissioning in the 5th Battalion, Dorset Regiment, part of 130th Brigade, 43rd (Wessex) Infantry Division, working as an intelligence officer at brigade HQ.