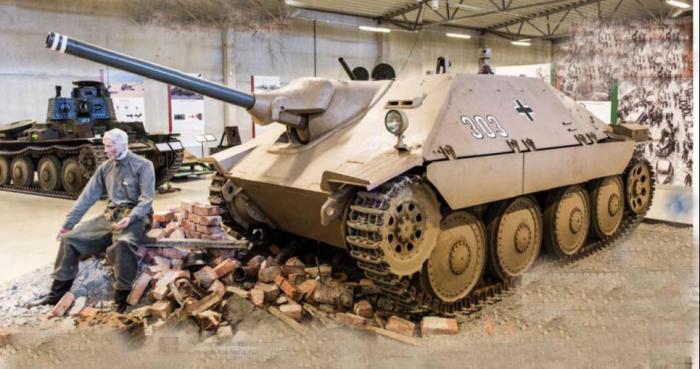 The Jagdpanzer 38 lower side hull armour was vulnerable to attack from Soviet anti-tank rifles. It had factory fitted Schürzen metal plate skirt armour that covered the exposed space from the top of the large road wheels to the bottom of the side super superstructure
ARSENALEN SWEDISH TANK MUSEUM; words Craig Moore pictures as credited

Schürzen skirt armour was increasingly used during the conflict with the plates fitted to protect the sides of tank hulls from Soviet 14.5-mm anti-tank rifles. The report shed some light on testing and the additional challenges the plates presented to tank crews.