John Teasdale gives an account of the Ontos light self-propelled anti-tank gun, extensively used in combat during the Vietnam War 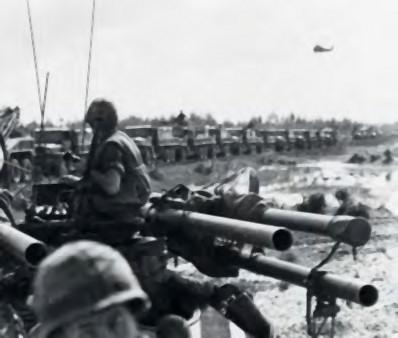 TOP MIDDLE: On 22 February 1968, an Ontos returns to the command post for fuel and ammunition after completing a mission.

The intercom helmets latterly worn by the crew are seen clearly here (26403158) TOP RIGHT: It is November 1966, and Sergeant ES Davis and his section of two Ontos from Company A, 3rd AT are in support of 3/3 Marines based on and around the base of the Rock Pile. This is an isolated mountain south of the Demilitarized Zone that offers an excellent place from which to observe enemy incursions. (LANCE CORPORAL LEIGHTY / 26388763)