Four Devices Made Safe by Military in as Many Weeks 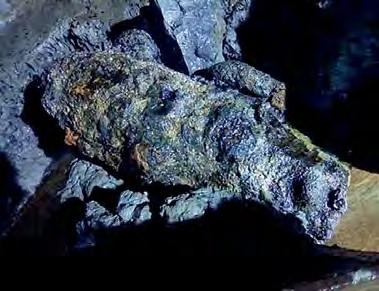 THE LATEST in a run of finds, EOD teams from the British Army battled to make safe a 500lb German SC250 bomb found in Brent, North London, in early March. The bomb was found near Brondesbury Park, a residential area, and emergency services established a 200 metre evacuation zone, which included a nearby nursery school.

Just a few days before the discovery in London, Royal Navy teams made safe another SC250 device, which contain around 290lb of high explosive, found in Portsmouth Harbour. The bomb, described as being ‘a very serious threat’, was discovered by a dredger working to deepen access to the harbour in preparation for the arrival of HMS Queen Elizabeth, the new 65,000 tonne aircraft carrier.

The find meant all ferries were suspended, as well as mainline trains serving Portsmouth. The bomb was taken out to sea and safely detonated off the Isle of Wight. This was one of many UXBs uncovered since work on the harbour began in September 2016 – including one 1000lb device which necessitated the evacuation of Portsmouth city centre. Just six days prior to this recent Portsmouth find, the Navy made safe another device in the harbour, thought to be an Armstrong-Whitworth mine.

Back in London, a smaller 100lb German bomb, an SD50, was discovered in the Thames in front of the Houses of Parliament toward the end of January. Work to make this bomb safe resulted in the closure of Waterloo and Westminster Bridges, Victoria Embankment, nearby Underground stations, and threatened to halt a film production by Hollywood star Woody Harrelson. The device was towed to Tilbury, and detonated safely.

Controversy has arisen after the announcement of a planned memorial in Oxford dedicated to six British men who traveled to fight in the Spanish Civil War. The memorial will depict a clenched fist crushing a scorpion, alongside the names of the six men, and will be located near South Park. Whilst the project has already been approved by Oxford City Council’s west area planners, the local authority has received a large number of representations arguing both for and against the memorial. One such objection toward the memorial criticised the design, stating: “A very ugly image and aggressive towards the memory of the victims of conflict”, whilst another example considers it evoking a “proud Oxford role in a tragic conflict.” The project continues.

A campaign to include a Great War volunteer on a war memorial has been successful. Kitty Trevelyan was 19 when she deployed to France with the Army Service Corps, but died from Measles and Pneumonia in 1917. Despite her service, Trevelyan’s was not included on any memorial, but due to the work of ‘Wenches in Trenches’, Meavy, in Devon, has unveiled plans to include her.

The family of an RAF airgunner are to be reunited at a service to honour the crew. The airman’s Halifax was en-route to Pilsen, Czechoslovakia, to bomb the Skoda works, when it was downed over Germany. Flt Sgt Geoffrey Brown was one of six killed, with only one man surviving. The Halifax was recovered near Hassloch, and Anglia Research have since traced Geoffrey’s relatives.