A novel mortar intended to put an end to the U-boat scourge had unlikely origins and a poor start. Michael E Haskew profiles the Hedgehog from moralesapping flop to anti-submarine excellence 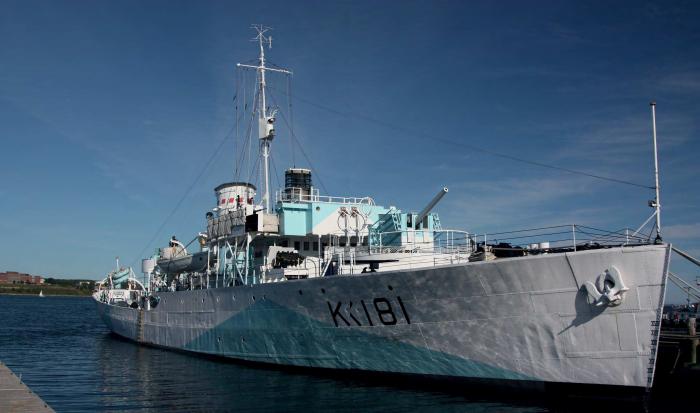 HMCS ‘SACKVILLE’, ONE OF ALMOST 300 FLOWER- CLASS CORVETTES BUILT AND THE SOLE SURVIVOR (A MUSEUM SHIP IN HALIFAX, NOVA SCOTIA). HER HEDGEHOG MORTAR IS VISIBLE ON HER STARBOARD SIDE, BEHIND THE MAIN GUN. NOTE THE DEPTH CHARGE PROJECTORS AMIDSHIP
S J DUNN

“The Battle of the Atlantic was the dominating factor all through the war. Never for one moment could we forget that everything happening elsewhere on land, at sea or in the air, depended ultimately on its outcome.”

The effort to improve the ability of naval forces to detect U-boats and consequently to develop weapons to more reliably despatch them was continual. From September 1939 until the end of 1942, U-boats sank 2,780 merchant ships. More than 14 million tons of precious cargo never reached its destination, instead lost at the bottom of the Atlantic. But the tables turned and by May 1945 Allied forces had sunk 700 U-boats and more than 33,000 U-boat crewmen had lost their lives.