Andrew Thomas describes how an entire became known as the Morlaix Disaster. 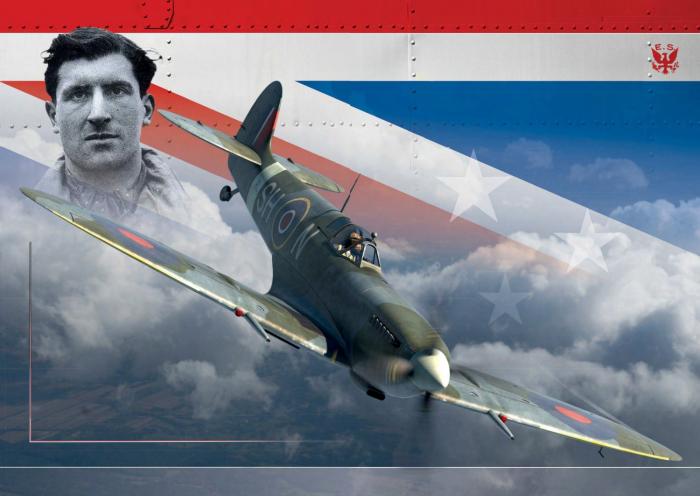 During the early years of the Second World War, Britain’s lone stand against Nazi tyranny caught the imagination of many in the then neutral United States. Significant numbers of US citizens volunteered to join the RAF and were eventually formed into ‘the Eagle Squadron’ along the lines of the famous French Escadrille Lafayette of the Great War. Its American pilots wore a distinctive ‘ES’ shoulder flash on their RAF uniforms and as more volunteers arrived, many joining via an unofficial recruiting office in Canada, it was decided to form additional ‘Eagle’ squadrons, the third of which was 133 Sqn, formed on Hurricanes in Northern Ireland during August 1941. By the end of the year it had re-equipped with Spitfires and in early 1942 it took to England and settled into operations. By early summer 133 Sqn, led by an Englishman, Sqn Ldr Eric Thomas, really got into its stride finding continued action into July.