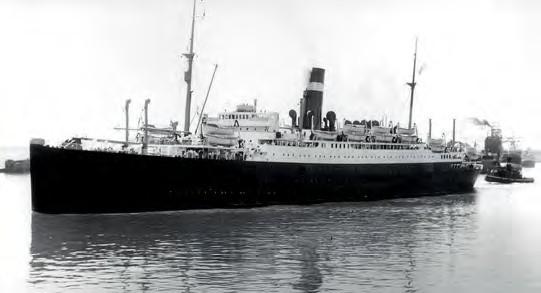 USING AN innovative combination of documentary research and publicly available data from a multibeam sonar survey of the seabed undertaken by the Geographical Survey of Ireland, American born, Sussex-based shipwreck researcher, David Mearns has identified what is almost certainly the wreck site of the first victim of the Battle of the Atlantic writes ANDY BROCKMAN.

This was the Donaldson Atlantic Line steamer Athenia, sunk on the evening of 3 September 1939 with heavy loss of life. Mr Mearns describes the process of identification in his new book “The Shipwreck Hunter”, which also describes his work locating other significant Second World War wrecks, including HMS Hood, HMAS Sydney and HSK Kormoran.