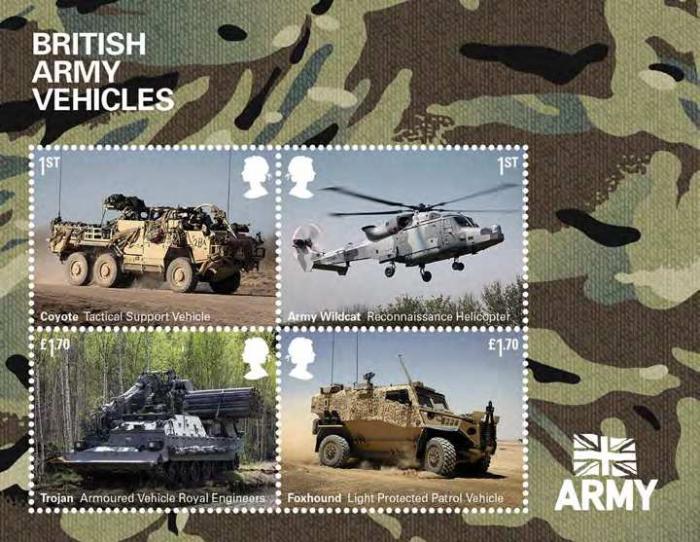 The Royal Mail has released a set of stamps featuring stunning paintings of eight British Army armoured vehicles, including main battle tanks, from across the decades.

Seven of the eight stamps in the main set were painted exclusively for Royal Mail by ex-battle tank crewman, turned military artist, Mick Graham. A further four stamps, presented in a miniature sheet, include a range of specialist support and patrol vehicles used by the British Army.

Royal Mail worked closely with the Ministry of Defence on the stamp issue and the full set of is available in a presentation pack retailing at £16.20.

The stamps and a range of collectable products are available at www.royalmail. com/britisharmyvehicles.

The eight images feature accurate paintings of important vehicles in action through the years since World War One.