The idea of adding stars, or asterisks to the official designation of a tank to indicate an alteration or modification goes back to World War One.

It was applied inconsistently, though, and appears calculated to confuse the average person, not to mention the author who has to decide whether to employ two asterisks, as in the case of the heading to this article; or express it in the way one does vocally as ‘mark five two star’. 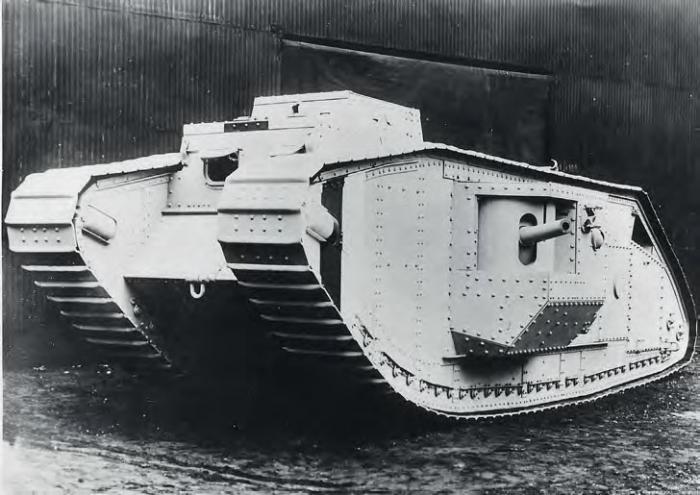 A Mark V** male tank posed outside the factory in Birmingham where it was built. Notice the superimposed cab on top, although the sponsons are much the same as they have always been

The practice of adding a star to indicate a modification seems to have originated with the Royal Artillery, however, methodology in classifying a gun and its carriage was already baffling enough.