Robert U’Ren from Willys Jeep UK shares some of his helpful fixes and tips on buying, selling, repairing and recommissioning World War Two and Hotchkiss Jeeps 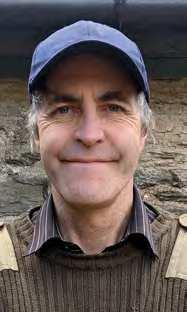 Robert U’Ren is a self-taught mechanic with more than 40 years of experience working on everything from vintage motorbikes to combine harvesters. His passion is military Jeeps, which he has bought, sold, and restored since 2014

All original World War Two Jeeps had 6V batteries and 6V starters. This system worked adequately while the Jeeps were new and compression was good, but the cranking was slow. After the war, Jeeps went into civilian use. The mileage went up over the years, the engines lost a little compression, and the slow-cranking 6V starters just didn’t have the extra speed needed for a quick and efficient start-up.

Many Jeeps were later converted to 12V batteries, but the 6V starter motors remained. This would crank the engines over at a faster pace, resulting in higher compression and a quick easy start-up. The voltage regulators were also changed for 12V units, sourced from old cars of the period. Hooters and bulbs were changed to 12V and all went well for a time. The original 6V starter motor will tolerate the extra voltage with no problem, but unfortunately, the engagement part of the starter motor doesn’t tolerate the higher power and the increase in speed. This causes the two springs on the mechanism to break over time and results in a starter motor jam up (see picture 1).