In April 1944 during Exercise Smash, Studland Bay became the practice ground for ‘D-Day landing’ training for British infantry. They used amphibious vehicles to land on the beach and live ammunition was employed to create a strong sense of realism for those involved. There were aerial bombardments by British and American planes dropping incendiaries and firing at Studland Heath, while ships fired on the area from offshore. Semi-submersible Valentine tanks which had been equipped with propellers and canvas skirts to make them amphibious, were deployed during the rehearsals, but seven of them sank with the loss of six lives. 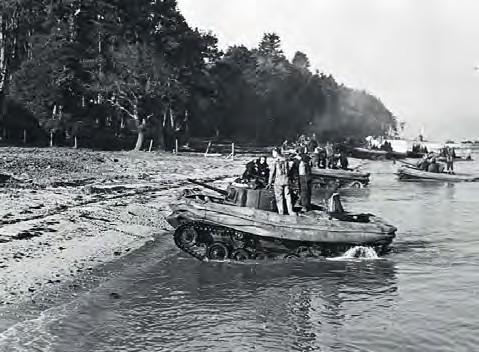 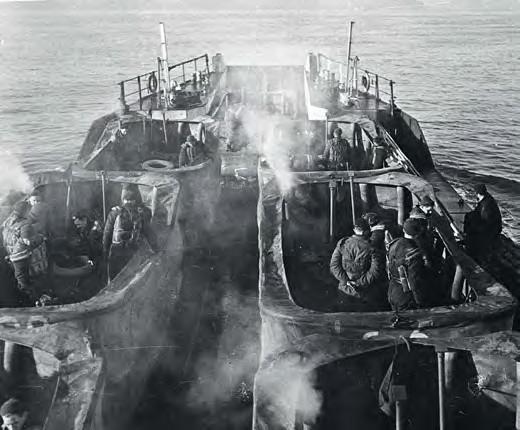 A two-year initiative was recently unveiled by the Isle of Purbeck Sub Aqua Club (IPSAC) to record, survey and research the history of these seven Valentine Duplex Drive tanks, which have re- Mained 60ft below the waves of Poole Bay ever since they sank. In 2019 the club will mark the 75th anniversary of Operation Smash. Club chairman Chris Dunkerley said: “The tanks are a favourite dive for many of us and we have decided to collect as much information about them as we can. Project Valentine 75 is our attempt to keep the history of the event alive. Over the years the tanks have started to disintegrate and unfortunately five had to be blown up for safety in the 1980s by the Royal Navy. Project Valentine 75 will provide a lasting record of the tanks and the information collected will enable underwater archaeologists to monitor their condition in the future.” Winston Churchill, King George VI, US General Dwight D. Eisenhower and Field Marshal Montgomery were all present in Dorset at dawn on April 4, 1944 when the tragedy unfolded; the tanks were launched too far away from shore and were sunk when the weather deteriorated. Valuable lessons were learned after the they sank and six servicemen - Lieutenant C Gould, Sergeant V Hartley, Corporals Arthur Park and V Townson and Troopers A Kirby and E Petty - all drowned. 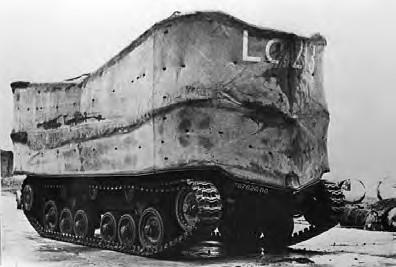