Modelled on a Daimler, the Coventry Armoured Car drew inspiration from several sources yet despite its name, never served with the British Army that we know of, writes David Fletcher 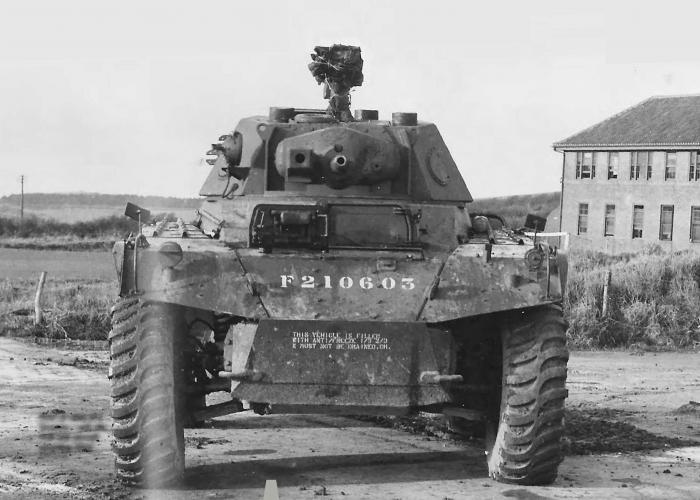 Coventry is an odd name for such a vehicle. It seems to have come about for two reasons: in the first place, it was designed as a standard armoured car to combine features of Daimler and Humber vehicles (both Coventry-based firms in those days). Secondly, the city of Coventry had been bombed so hard on the night of November 14-15, 1940 that the Germans thought it had been destroyed.

The new armoured car was designed by Daimler Ltd and three members of the Rootes Group (Commer, Humber and Karrier). Daimler would design the suspension and steering, Humber the hull and turret, Commer was charged with the design of the transmission and the driveline, while Karrier Motors would build the production vehicles.

The Coventry was modelled on the Daimler, although it was a bit larger and a lot heavier at 11.5 tons. Some sources say that it was wider so that it followed the ruts left by a tank, but this does not seem to be the case. In any event, tanks were also getting wider and the Coventry did not match the tracks of all of them by any means.