From the giant Battery Moltke to paper ID cards, the legacies of the Channel Island’s five years of hardship beneath the Nazi jackboot are surprisingly common today 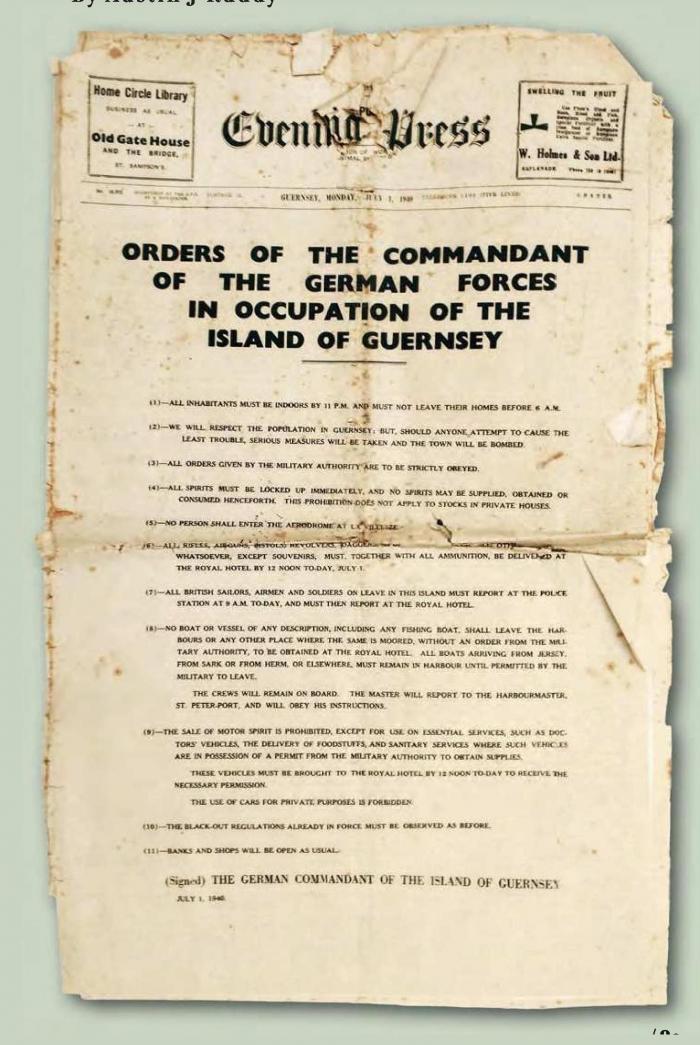 IMAGINE WAKING UP TO FIND THE FRONTPAGE LIKE THIS. ON JULY 1, 1940, THE GUERNSEY EVENING PRESS RELAYED THE ‘ORDERS OF THE COMMANDANT’, WHICH STATED: “WE WILL RESPECT THE POPULATION IN GUERNSEY, BUT, SHOULD ANYONE ATTEMPT TO CAUSE THE LEAST TROUBLE, SERIOUS MEASURES WILL BE TAKEN AND THE TOWN WILL BE BOMBED.” SINCE REPRODUCED, THIS ORIGINAL COULD FETCH £75 ALL IMAGES VIA AUSTIN RUDDY, UNLESS NOTED OTHERWISE

For almost a millennia, Britain’s natural anti-invasion obstacle, the English Channel, has protected the country from occupation, most recently in 1940, when German tanks halted atop French cliffs. However, that does not mean all British citizens escaped Hitler’s clutches.