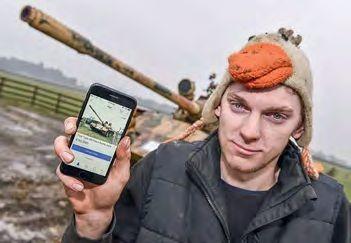 Last year, mechanic Joe Hewes, 23, from Leicestershire, restored a Russian designed, Chinese-built imitation T54, ex-Iraqi Army ‘Type 69’ to running order. The tank, captured and brought back by British forces from Iraq, has had new tracks fitted, its engine removed, stripped down, repaired and refitted and then it was listed on eBay.

Nick Mead from Nottinghamshire is a tank collector and restorer. He found the T54 for sale on eBay and he traded it with Joe for £30,000 worth of vehicles in the form of an Abbot self-propelled howitzer and a BritishArmy truck.

Nick and his mechanic Todd Chamberlain filmed themselves prising open the auxiliary diesel tank in case they found munitions and needed to show it to bomb disposal crews. What they found amazed everyone; they pulled out five gold bars weighing about 12lbs, and worth perhaps £1.5m. It is believed the gold was looted during the Kuwaiti invasion in 1990 and stashed in the spare fuel tank. They have handed the gold over to the authorities to see if the original owner can be identified, but Nick has placed the receipt for it in a safe deposit box in case, as finders of the treasure, they get to keep some of it.

Joe says he isn’t disappointed at Nick’s discovery: “It’s crazy and a great find so I hope they get to keep it. Everyone is thinking I should be devastated to have missed out on what could be a fortune but I’m not too upset because I made a fair bit of money on the tank anyway. I haven’t been in touch with Nick but if he does get to keep some of the some of the money, I expect a pint! It’s incredible to think for months I had quite literally sat on a gold mine”. 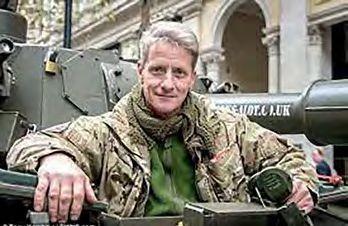