RAF Tangmere’s rich history embraces both World Wars, but, as Ellie Evans discovers, that is only part of its story 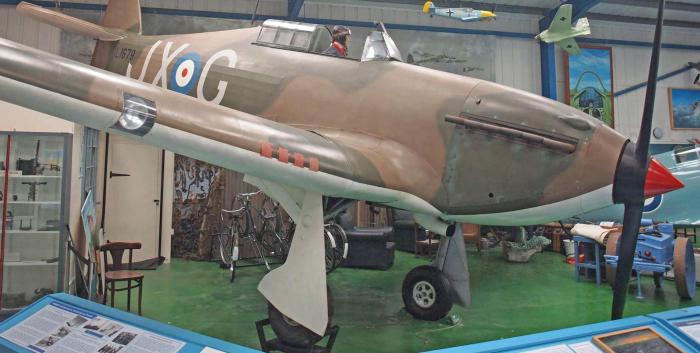 THE MUSEUM’S HURRICANE MK.I, A REPLICA OF L1679, A TANGMERE VETERAN DELIVERED TO NO.1 SQUADRON IN 1939 AND LOST IN FRANCE DURING MAY 1940.
IMAGES COURTESY OF TMAM/PETE PITMAN

It played a pivotal role in World War Two, but RAF Tangmere’s legacy is one that endured as the conflict ended. It continued to make headlines afterwards and its story has inspired this vibrant and much-loved museum just outside Chichester in West Sussex.

The air base was one of Britain’s best known fighter stations, but was badly damaged during a Luftwaffe raid during the Battle of Britain. Intense local support led to the creation of Tangmere Military Aviation Museum in 1982 to honour those who had served there following its closure in 1970.

The museum’s inception took place at a meeting held at the former NAAFI building, the Spitfire Club, in September 1980. The next year, the parish council donated two large Uni-Seco prefabricated huts built in the late 1940s that had served as a radio workshop. Work began on their refurbishment and the museum opened its doors to the public the following year.