Jon Phillips travelled all over Europe in his quest to restore his Marder III as authentically as possible. He talks to Andrew Stone about his three-year journey to get it running 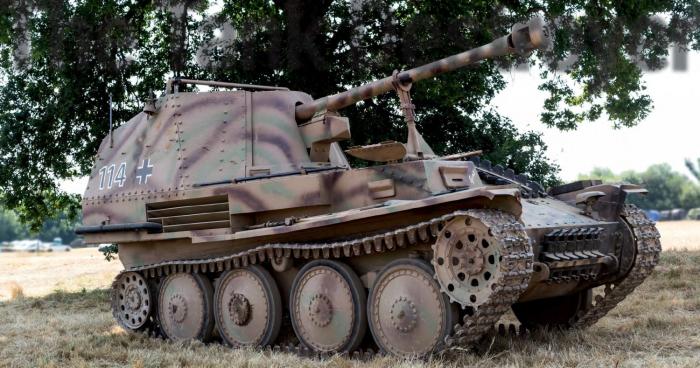 The Panzer 38(t) Ausf. M Sd.Kfz. 138, or Marder III, owned by Jon Phillips is powered by a diesel Iveco engine after the original was thrown away

At 6ft 6ins tall and with a nickname that could easily be attributed to a Marvel Universe superhero, it is no surprise that Jon ‘Welderbeast’ Phillips is the owner of a tough and uncompromising World War Two-era tank destroyer. While Jon only took ownership of the German self-propelled gun three years ago, his intriguing nickname dates a little further back in time. “I was teaching apprentice welders during the early 1980s and when I asked for something to be a certain length, I expected it be a certain length. If I didn’t get it, I’d shout and so ended up with the nickname Welderbeast,” he said laughing.