The Tank Museum is a museum of objects and exists to tell the stories of people, writes Nik Wyness 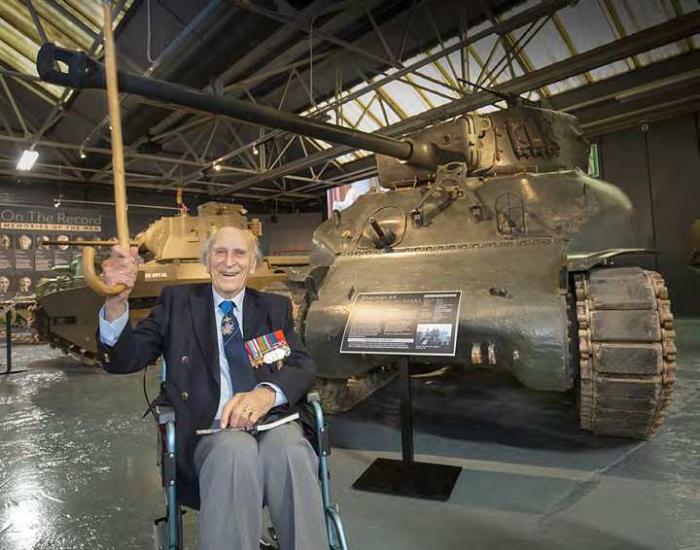 Ken Tout at the Long After the Battle Opening.

Without the stories of people and connections to provide context, the artefacts in The Tank Museum would be almost meaningless.

The veterans of regiments we represent have always played an important part in the life of the museum and, as a result, a number of them have become a part of “The Tank Museum family”.

Their contribution to our understanding of our collections is invaluable.

Our own David Fletcher is sometimes criticised when his withering assessment of a particular vehicle doesn’t corroborate with the dusty official government report.

What such critics may not realise is that David got much of his information directly from the bloke who drove that tank during that trial… having bumped into him here at the museum years previously and spending hours discussing it with him.