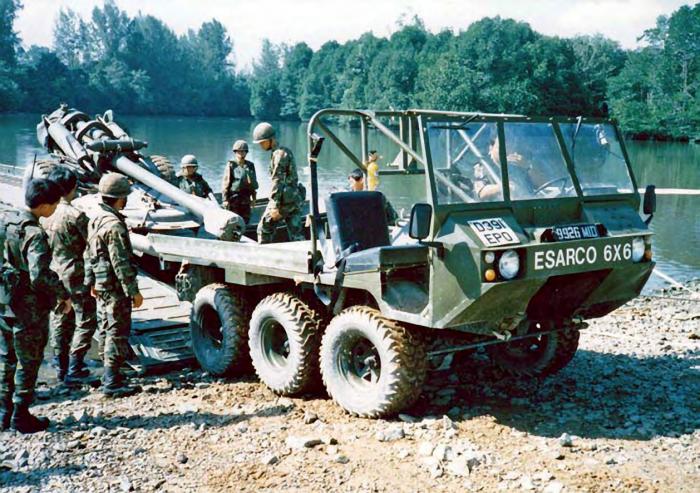 In early 1988 the Singapore Army issued two tenders: one for a 105mm light gun and the second for an all-terrain vehicle to pull it. The 105mm was to replace the venerable 25-Pounder and the vehicle was an all-new addition to the army.

Esarco, then owned by MWG, had no office in Singapore. However the company I worked for did and a venture was agreed by Mike Hearne, managing director of MWG, that we should take a 6x6 to the month-long trials in Singapore. As the regional manager it was my role to facilitate the Esarco 6x6 through the trials.

A quick training course on Salisbury Plain and the 6x6 was packed into a container bound for Singapore. Having lived in the country for many years, I called on our local manager to help retrieve it from the docks. It emerged all pristine and clean and was the first of the three contenders to arrive. Singapore had not seen a vehicle like it. As I drove it across the Island and down Orchard Road it attracted many inquisitive looks.

Following a thorough check we headed for the trials. Initially we reported to a barracks near Changi where Singapore Army number plates were fitted and a brief given to the trials team. 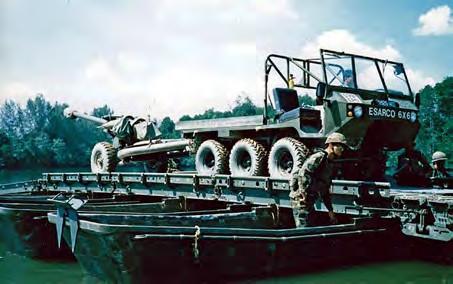 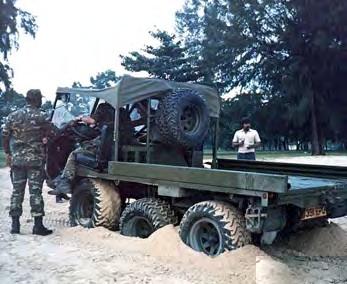 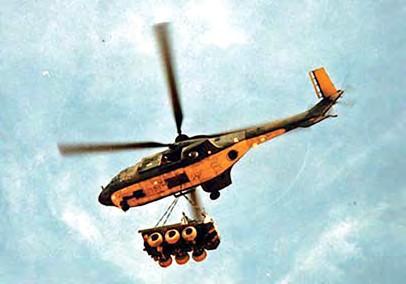 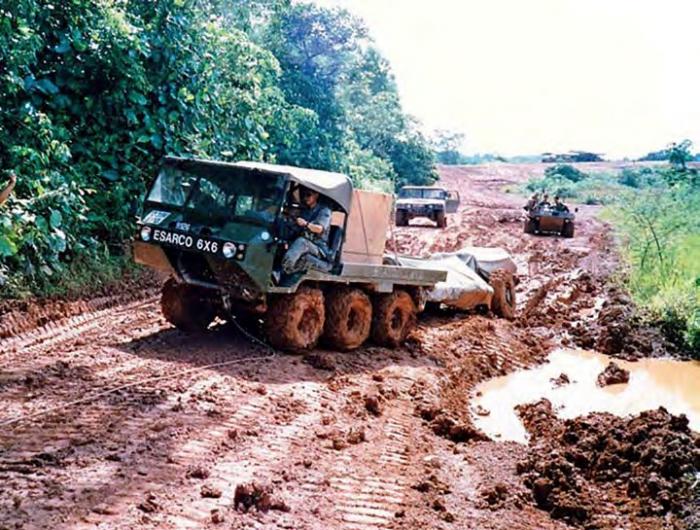 Getting ready for a tow with Hummer and Supacat behind

As the 6x6 was almost a full cousin of their own Land Rover fleet this did not take long. This aspect of the Esarco was of course its main selling point for military operators as it would enable Singapore to capitalise on existing skills and spares.

We were briefed on the trials: we would all pull a BAE L118 105mm Light Gun weighing 3500lbs (1600kg) and carry a one-tonne load to simulate carrying ammunition for the gun. The ambient temperature in Singapore in June is 31°C (88°), with19 days of rain and 70-80% humidity. The initial test tract was made up of a fine red grit that would soon become a sticky thick tropical mud!

The Esarco 6x6 was soon attached to the gun and trials commenced: speed runs up and down hills, over logs, through water and into the mud.

The 6x6 performed well despite the load and conditions and only required pulling out of the thick mud a couple of times by the recovery team; the standard Land Rover components bearing up well. However the 6x6 would have benefited from some more horsepower and low box ‘grunt’.

But all in all, this part of the trial proved Esarco’s founder, Mike Summerton-Rayner’s, initial concept – that the 6x6 was an all-terrain vehicle that worked and did not break down under pressure.

The American opposition did not do so well.

The Hummer came to a sticky end and knocked its steering box clean off the chassis when it went into the mud and hit a boulder. Supacat performed well and continued to the next stage.

The two remaining vehicles assembled at the Tengah training area, next to the former RAF Tengah, for trials involving floating bridges and pontoons. Again both vehicles performed well with a minor problem for the 6x6.

On descending the pontoon the barrel of the BAE 105mm Light Gun hit the rear flat bed of the Esarco. As the gun is towed barrel facing forward the angle of attack was too great. It was agreed that if the 6x6 tow hook could be raised this would overcome the problem. That night a local welding shop modified the rear of the 6x6 to enable us to continue.

The final exercise was to fly the vehicles under a Singapore Air Force Puma helicopter. Arriving at the appointed beach the 6x6 had the windscreen taped up and slinging strops attached.

The Puma arrived, hooked up and our Esarco was airborne. To my knowledge this was the first time the 6x6 had flown. Again no problems were encountered.

The Esarco 6x6, and the Supacat, were finally shown to General Winston Choo the Chief of the General Staff during the shoot-off between the French and British light guns. The 6x6 had the edge in being slightly bigger, a Land Rover of sorts, a bigger load deck and greater performance. It was liked by the evaluation team with only a few comments made.

So what happened in the end? Well Singapore did not proceed with the requirement and no new vehicles were bought. As for the gun, the French won an order to replace the 25-Pounder, over the British gun.

The Esarco 6x6 returned to the UK having performed well and shown that the original concept was right. However was it beaten by the Land Rover: Singapore for one towed their new French light gun with Land Rover and Unimog vehicles.

The question is, was it a brilliant British design that in reality replicated an already successful concept, or did the small Esarco/MWG Company not stand a chance against the much bigger vehicle builders and their footprint within the world’s military? 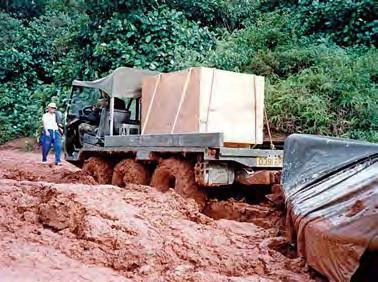 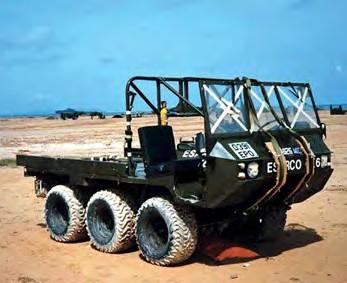 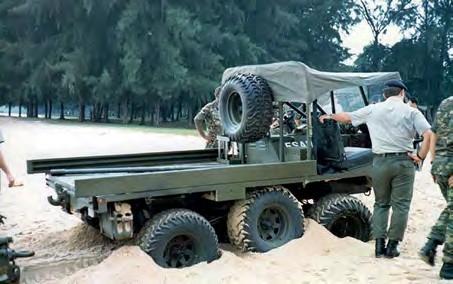