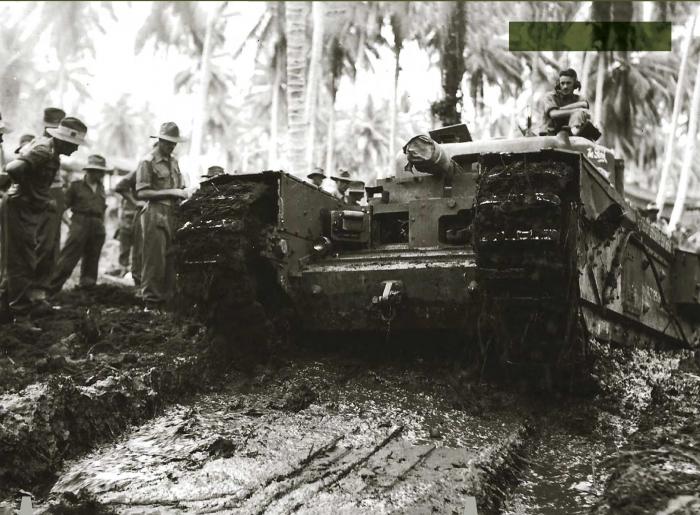 A Churchill V, armed with a 95mm howitzer and watched by sceptical Australians wades through the mud on Papua, New Guinea. It was nicknamed ‘The Stork’
pictures archive

When the Churchill Mark IV with the cast turret and six-pounder gun appeared it became probably the definitive model of the early Churchill tank. Some 1,600 were built of which 160 mounted the 95mm close support howitzer and were classed as Mark V.

It came about thus; when the six-pounder gun was first made available it was mounted, against a lot of well-meant advice, in a box-shaped, welded turret.

Although the welds themselves stood up well to antitank fire and the turret didn’t fall to bits, as many had predicted, the armour plate itself gave trouble.

This was in the form of flaking, where chunks of metal broke off the inside surfaces under impact and became a danger to the crew. A cast turret for the Churchill had been suggested back in January 1942 but was rejected on account of weight.