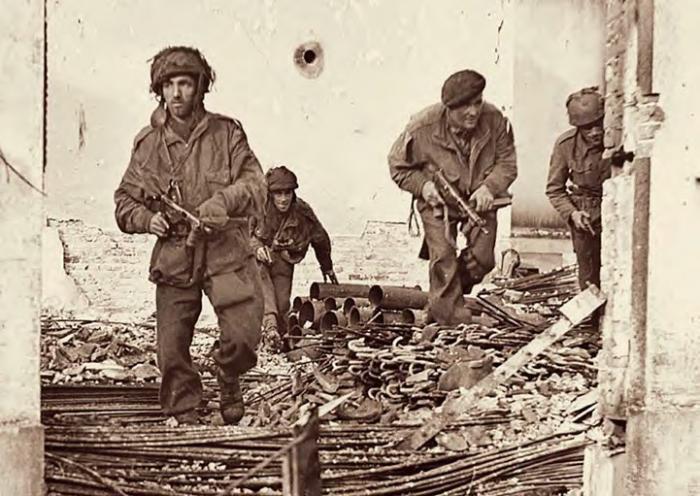 The Denison Smock has a long and distinguished history as the signature dress of British Airborne Forces, although from its early beginnings in World War Two it was widely worn by the Commandos, SAS and other Special Forces. The first parachute smocks were essentially faithful copies of the Fallshirmjager ‘bone sack’. These early smocks in grey-green denim featured a ‘walk in’ design as per the German originals. Soon however a purely British type was developed by Major Denison utilising a ‘tail’ that fastened between the wearers’ legs for parachuting.