The film version of The Bridge on the River Kwai outraged many who had lived through the conflict. Philip Killeen sorts out the fact from fiction 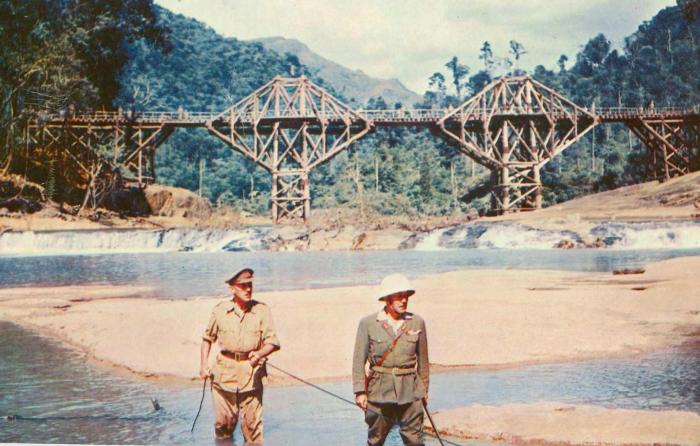 When The Bridge on the River Kwai became the top-grossing film of 1957 and subsequently swept the Oscars, it was assumed by many viewers to be based on a true story. In fact, there was never a rail bridge built by prisoners over a river in Burma named Kwai.

Director David Lean’s film was based on a novel by French author Pierre Boulle, who had worked as a spy with the Free French Mission in Singapore during the war, before being taken prisoner and put into forced labour by the Japanese.

Boulle’s story fictionalised a real bridge that was constructed for the Burma-Siam railway, where a British colonel was indeed the senior officer at the prisoner of war (POW) camp entrusted with its construction, but the characters in the book were composites of individuals of different nationalities that the author had encountered while a prisoner.