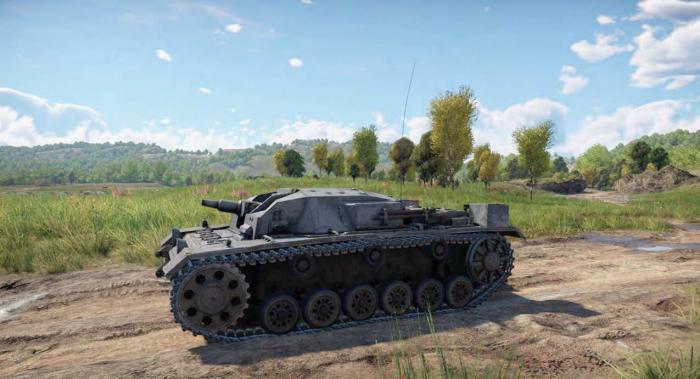 Panzers have become synonymous with tanks from World War Two. Comparing the first German selfpropelled guns with the Americans allows me to see how different armour designs feel in-game.

This was designed to give me free rein of not only the heavy hitting 75mm of the StuG III but also the mobility of the Panzer III to take advantage of the damage I could cause after dying.

Initially, I found success with the StuG not being quite as effective as the previous month’s M3 but still far outperforming the 57mm and 70mm of my other tanks.

The StuG III Ausf A or as it was known operationally the Gepanzerte Selbstfahrlafette für Sturmgeshütz 7.5cm Kanone Ausführung A bis D were built on a Panzer III Ausf B chassis and were originally designed as infantry support.