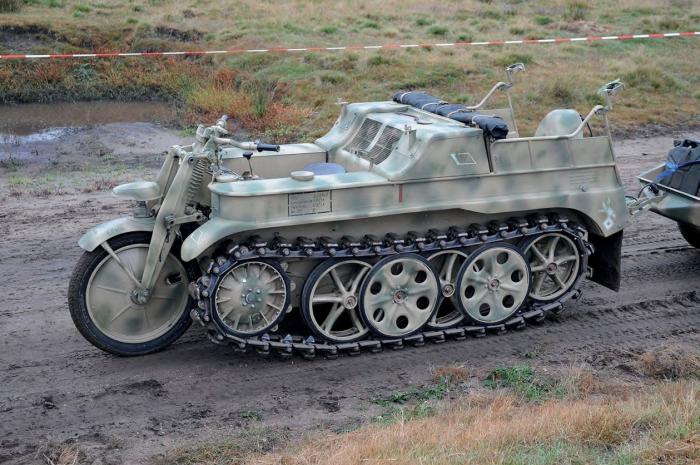 I have been visiting Arnhem for the annual September commemoration for a number of years and the variety of two-wheeled machines on display always grabs my attention - a raised mound just behind the perimeter track on Ginkel Heath a familiar gathering place.

Among the more common BSAs and Nortons are often rarer examples of the RE Flying Flea and Welbike - the latter becoming more numerous as a British company has begun reproducing spares.

Meanwhile the German bikes are mostly represented by Zundapp or BMW combinations although odd examples of the lightweight DKW RT do appear. This bike was famously the inspiration for the post-war BSA Bantam as the original plans were supplied as war reparations.