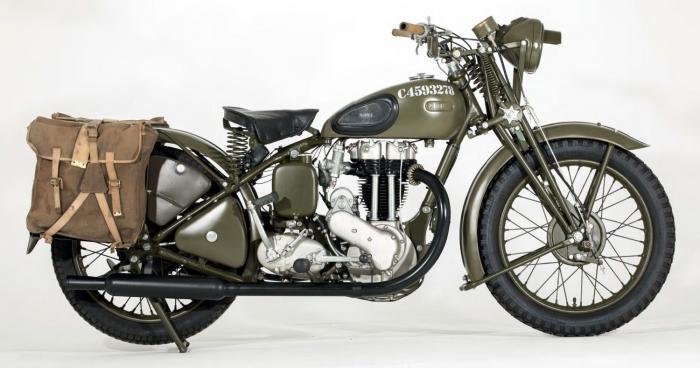 Motorcycles were used for a variety of roles by both Allied and Axis forces during World War Two. They were a vital part of the military machine thanks to their mobility and the fact that they were also easy to transport and were used for everything from delivering messages when radios could not, to transporting cargo or injured soldiers.

Although they were not used in combat roles much due to the prevalence of Jeeps and armoured vehicles, motorcycles were used for escorting convoys and scouting missions. Here are some the main types used by the British during the war.