Jack Casement took this picture of UB-106 on the rocks in Falmouth, Cornwall, in 1921.

SERIES of unique photographs of wrecked First World War German U-boats on the Cornish coast have been released by Historic England.

The U-boats that feature in the images were amongst the many surrendered by Germany at the end of the First World War. By early 1919, several U-Boats in seagoing condition had already been delivered to the Royal Navy, the French Navy and the United States Navy for victory tours, examination and testing. Dozens of other U-boats, however, remained laid up in Harwich and other locations around the British coast, awaiting their fate (which usually involved being scrapped).

One batch of nine U-boats had been allocated to the Admiralty for explosive testing and gunnery practice. One of these vessels, UB-118, sank off South Devon while under tow from Harwich to Falmouth. The remainder of the batch reached their destination safely. Two boats, whose numbers are not known, were sunk as gunnery targets in Falmouth Bay soon after their arrival, while UB-86, UB-97, UB-106, UB-112, UB-128, and UC-92 were moored at Gyllyngvase in the shadow of Pendennis Castle.

The naval historian and author Nick Hall explained the fate of these U-boats: ‘It was an exposed position and a severe winter storm broke their moorings and drove all six boats ashore – five on rocks surrounding Pendennis Point and one on Gyllyngvase beach. These stranded U-boats attracted large numbers of tourists, who combed the beach for souvenirs or took boat trips to view the stranded vessels. Significant salvage attempts were not undertaken until the Second World War, but the remains of the U-boats today lie in shallow water and can be viewed by divers.’

The photographs, newly-acquired by Historic England, were taken in 1921 by Captain Jack Casement. Jack was a distant cousin of Roger Casement, the Irish-born civil servant who worked for the British Foreign Office as a diplomat, and later became a humanitarian activist, Irish nationalist, and poet. Captain Casement, who had been decorated for his wartime naval service, was working for the Submarine Research Centre in Falmouth at the time he took the pictures seen here.

Serena Kant of the Historic England listings service has been researching the post-war fate of surrendered U-boats. Kant was contacted by Casement’s family when she published an article in a conservation bulletin. It is his family that has donated the series of photographs to Historic England. 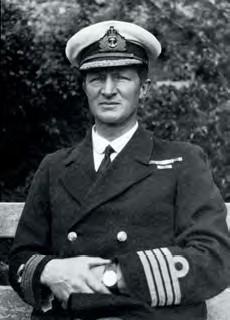 Captain Jack Casement RN. Jack photographed the wrecked submarines during what was probably one of his last official postings. He retired shortly after.
(ALL IMAGES © HISTORIC ENGLAND/ PATRICK CASEMENT)