During the Vietnam War, an Australian squadron was formed to defend Thailand from Communist intrusion. As Andrew Thomas outlines, its pilots would find their stay to be quite eventful 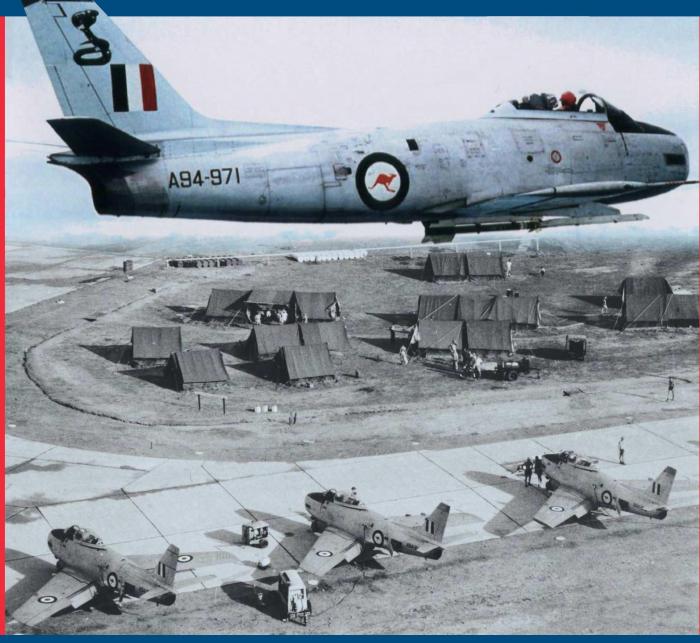 A SIDEWINDER-ARMED SABRE MK.32 ON PATROL, AND THREE 79 SQUADRON SABRES ON THE DISPERSAL AT UBON, THAILAND, SOON AFTER THEIR ARRIVAL.
BOTH IMAGES RAAF

The collapse of French Indochina in the mid- 1950s saw the installation of a Communist government in the former provinces consisting of Tonkin and northern Annam to create North Vietnam. In neighbouring Laos, the Communist Pathet Lao fought to gain control from a royalist government. Both were illustrations of the so-called ‘domino theory’, so a defensive pact of non-communist countries, the South East Asia Treaty Organisation, or SEATO, was established to counter Communist expansion in the area.

Joining the United States, Britain and France were regional powers such as Australia, as well as the Philippines and Thailand. The last of these was seen as being particularly vulnerable and hosted regular detachments from ‘western’ SEATO members. In 1962, the Australian government announced that the Royal Australian Air Force (RAAF) would deploy Sabre fighters to Thailand, to bolster defences and guarantee Thailand’s territorial integrity against attack. Accordingly, in May, eight CAC Sabre Mk.32s from 77 Squadron based at Butterworth, Malaysia, were ordered to Thailand.