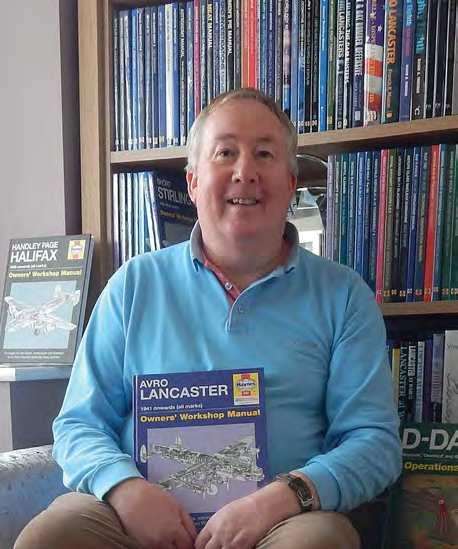 ABOVE: Mark Waites from Fleetwood near Blackpool with his impressive collection of Haynes manuals

Mark Waites, a semi-retired 58-year-old from Fleetwood near Blackpool, owns 83 Haynes manuals, including 53 which focus on military history. Other manuals in his collection include space, transport and even cooking.

Having worked for 33 years in the airline industry in flight operations and planning, Mark recently found himself with time to revisit his extensive collection of Haynes Manuals, which he started collecting in 2008. With a keen interest in studying about RAF Bomber Command, his first purchase was the Avro Lancaster Manual and he was soon hooked.