With more than 100 military vehicles on display within four buildings, this museum is extensive and truly lives up to its claim of being “the only museum that exhibits the history of United States Army Transportation” 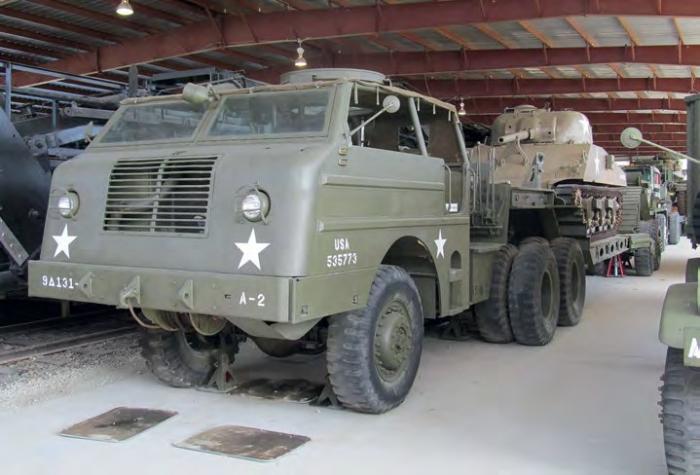 Less commonly seen than the armoured variant is the M26A1 ‘Dragon Wagon’. The absence of the armour plate reduced the weight by approximately 20,000lbs 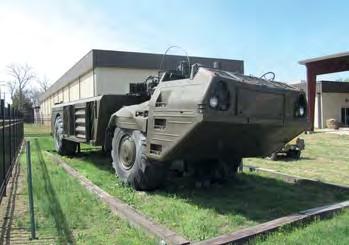 The 8 ton 4x4 Goer is an immense machine. They unfortunately developed a severe bounce at speeds above 30mph and almost all have been destroyed

Similar trucks to this 94x43 were built by Autocar and White. The slightly curved radiator grill identifies this machine as being made by Federal 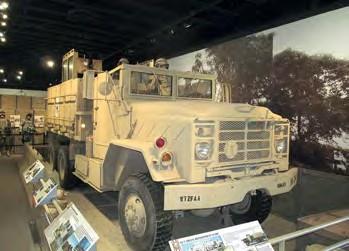 Designed to specifically protect the crew from improvised explosive devices in Afghanistan is the BAE RG33 of which the US Government ordered approximately 1,700 examples 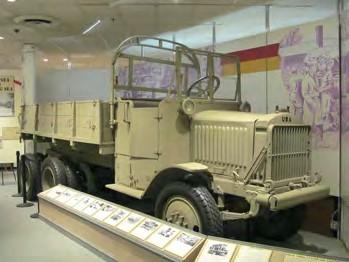 This unique surviving six-wheel drive 1.5 ton TTSW truck was built by the Quartermaster Corps in 1924 using parts from the World War One Liberty B 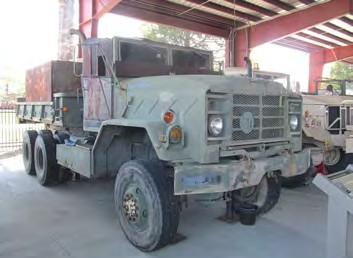 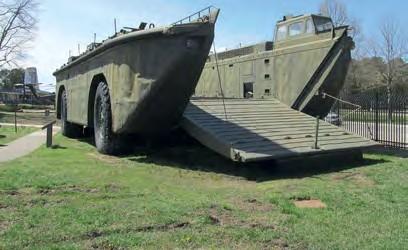 This BARC 3-X is one of 60 amphibious craft built by Le Tourneau and Pacific Car and Foundry. They were withdrawn from service in 2001

As you would expect, all the vehicles at the US Army Transportation Museum originate from the USA with the oldest (if you ignore the horse-drawn wagon from the Revolutionary War) being a World War One Liberty B and the most modern having returned from Afghanistan.

Being British, I had never seen a good number of the vehicles before and these, along with some of the experimental vehicles, proved to be of great interest.

The main building contains a series of impressive dioramas arranged chronologically from the Revolutionary War through the two world wars, Korea, Vietnam, the cold war, Granada and Panama before concluding with the most recent conflicts in Iraq and Afghanistan.

The highlights for me in this particular building were Eve of Destruction, the only genuine M54 gun truck to return from Vietnam and a 1.5 ton TTSW truck built by the Quartermaster Corps in 1924, the true ancestor of the famous Deuce and a Half.

Parked outside are many more exhibits, the largest of which is the BARC 3-X, an amphibious craft designed to carry 60 tonnes of supplies or 125 men from ship to shore.

Also amphibious is the 8 ton 4X4 Goer, one of the few survivors of the 1,300 made by Caterpillar. At speeds over 30mph the Goer became unsafe and as a result they were not made available for private ownership and had to be destroyed on becoming surplus.

Other exhibits include railway equipment, helicopters, boats, hovercraft and an enormous variety of trucks. The museum is very well organised and you could easily spend the best part of a day exploring it.

The museum is situated on the active army base of Fort Eustis, near the city of Newport News, Virginia, USA. It is open from 9am-4.30pm from Tuesday to Sunday all year round. This is an active army base and you will need photographic ID to enter and you and your vehicle will be subject to a search on entering.