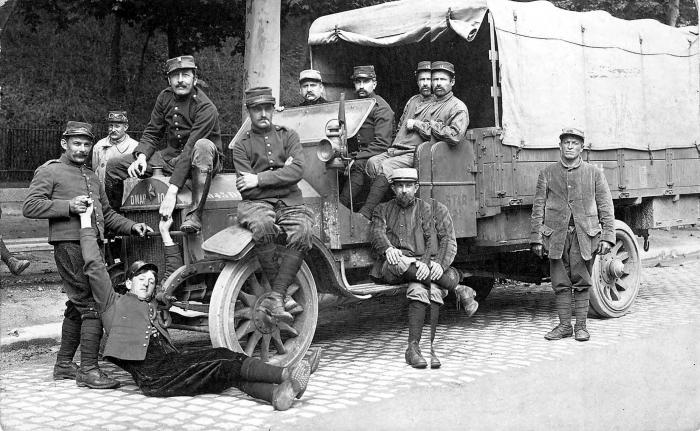 Unfit for service? A motley group of trainees pose with their Star truck during a driving lesson

‘Somewhat surprisingly, photographs of the Star and Tilling Stevens trucks in French military service are quite common’

On August 1, 1914, the French army commenced the difficult task of mobilisation in anticipation of the declaration of war which would come two days later. As part of the mobilisation process, large numbers of vehicles that had already been registered under the French subvention scheme (whereby purchasers of an approved model of truck would receive a cash subsidy on the understanding that in time of national emergency it would be called up into service) began to be gathered in central locations. These truckshad been requisitioned as part of the mobilisation plan to boost the number of vehicles held by the army from a prewar figure of just over 200 to a new figure achieved just a week later of nearly 10,000.