The Universal Carrier is a common name used for describing a family of light armoured tracked vehicles built by Vickers-Armstrongs and other companies. The first carriers entered service before World War Two until the Universal was introduced in 1940. They were used widely by Allied forces during the war for transporting personnel and equipment. Some 113,000 were built by 1960 when production ended. They saw service in all theatres of World War Two and their widespread production allowed for several variants to be developed by different countries. Today they are sought after by classic military vehicle collectors and by modellers looking to add allied vehicles to their collection. 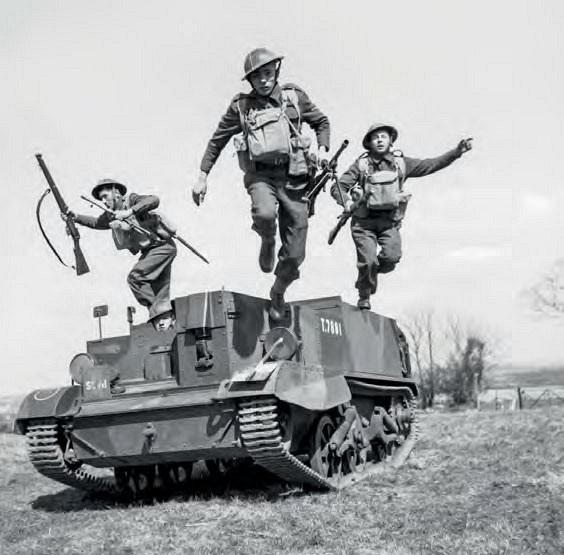 Troops of the 2nd Monmouthshire Regiment leap from their Universal Carrier during an exercise near Newry in Northern Ireland, April 26, 1941. WIKIMEDIA 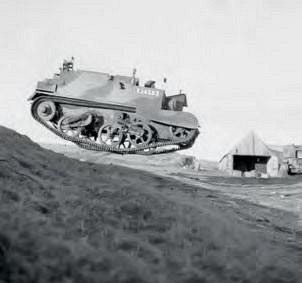