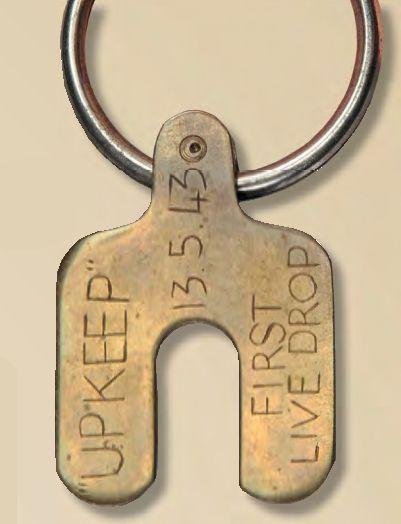 The safety key from the first live drop of an ‘Upkeep’ on 13 May 1943, just three days before the weapons were used in anger. 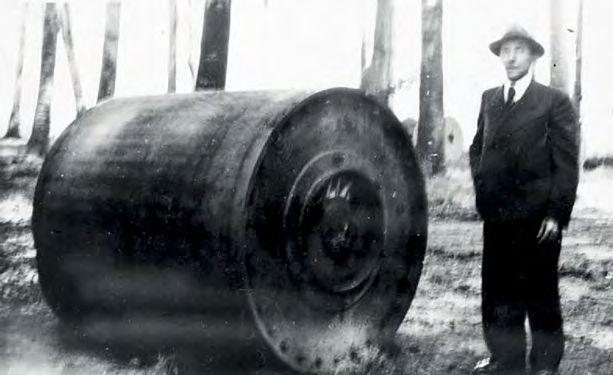 A German official stands by the unexploded ‘Upkeep’ from the Lancaster of Flt Lt Barlow, which hit power lines east of Rees, Germany, at 23:50hrs on 16 May 1943. All the crew were killed. 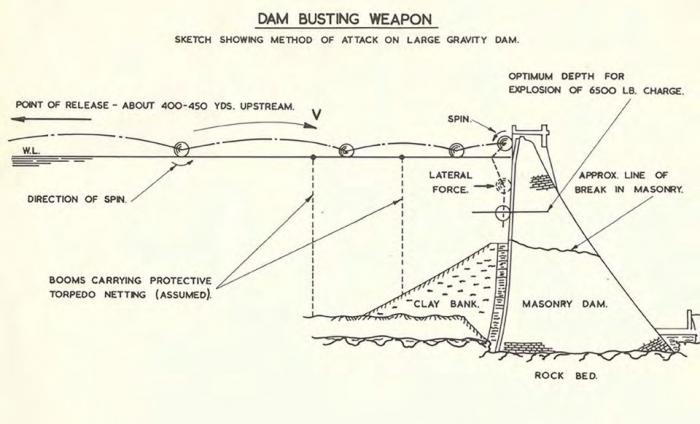 An official diagramatic representation of how the ‘Upkeep’ weapon was delivered.

Although the Dambuster weapon is known, colloquially, as a ‘bouncing bomb’ it would be rather more accurate to describe it as an unconventional depth charge. Officially, it was the Vickers Type 464 and was given the codename ‘Upkeep’.