An entire float ribbon bridge system was set up and used by US, Polish, French and Swedish military forces to cross the Vistula River in Poland during a military training exercise.

The float bridge was launched by the 74th Multi-Role Bridge Company (MRBC) deployed from Fort Hood, Texas, to Poland.

Over the course of about two hours, several dozen M1 Abrams tanks, M2 Bradley fighting vehicles and various other army transport trucks and equipment pieces crossed the bridge. The bridge system, when erected and launched, can extend up to 210m. 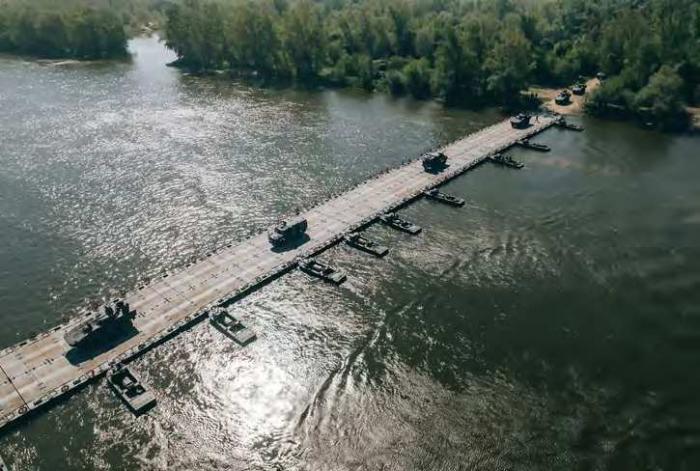 More than 150 major bridge system end items were issued to the 74th MRBC, 62nd Engineer Battalion, for the training exercise during the last week of April.