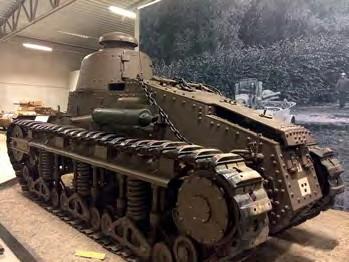 This French Renault 27, was bought by Sweden in 1929 for trials. The results lead to the decision to develop a new tank in Sweden 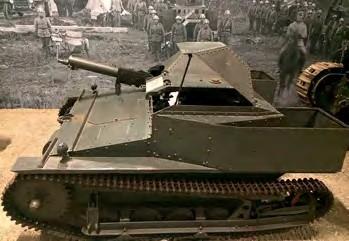 In 1926 the Swedish tank battalion commander ordered tankettes from Vickers-Armstong. This Carden-Loyd MK V was one of two to arrive in 1931 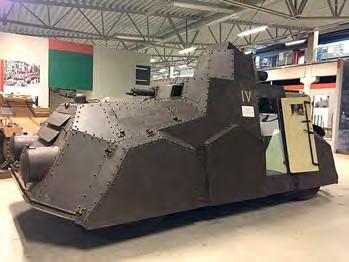 This Pansarbil FM 29 completed in Oskarsham shipyard in 1932, has four-wheel drive, four-wheel steering and is equally fast in both directions 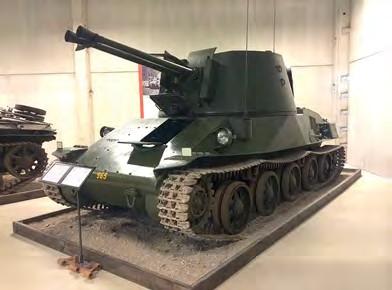 In 1945 an order for 17 turreted anti-aircraft carriers was placed with Bofors. This LVKV FM43 was developed 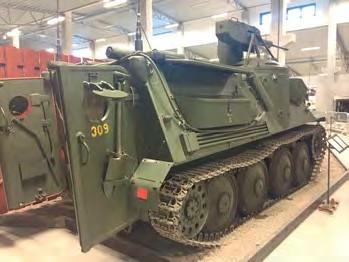 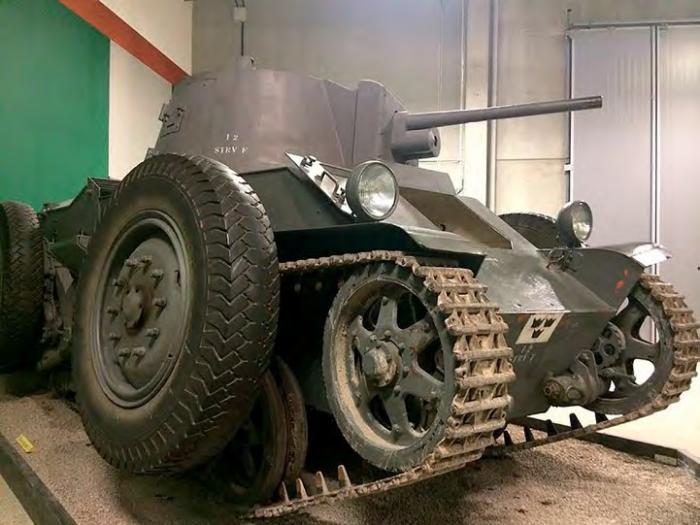 Mobility and speed were key in 1920. This wheeled and tracked Stridsvagn FM31 could switch between the two in less than 30 seconds 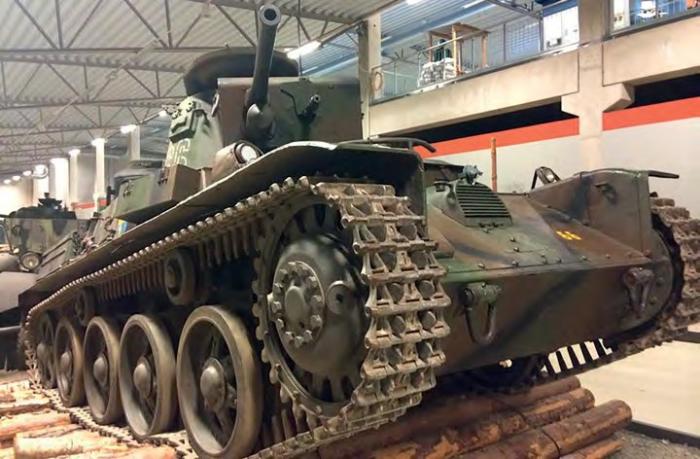 Strisdvagn M38 developed by Landsverk, pioneers in armour welding, resulted in a tank that was light in relation to its protection and armament

The biggest museum of its kind in Scandinavia, Arsenalen boasts a collection some 350 vehicles, both wheeled and tracked, from the beginning of the 20th century though to modern day machinery, but the museum’s emphasis is on the period from the outbreak of the World War Two, to the end of the Cold War.

This period saw significant technical and tactical development and this is traced through the museum displays, with exhibits organised in their technical and historical context.

The halls are full of the unusual, the quirky and some downright odd, prototype vehicles. Arsenalen offers a truly unique experience; in 1929 the Swedes purchased a Renault NC27 from France and it is found here, the only one left in the world. Considering the rarity of the displays, it should be busy with visitors jostling for position, but it is eerily quiet.

The Swedes, perhaps down to their 200 years of neutrality, are yet to catch up with many other nations in their enthusiasm for militaria, so here it is possible to get up-close and personal with the exhibits. There is so much space in this place, that to view each machine from all four sides and often from above, as well as being able to peer inside is not only possible, but encouraged, through the provision of access steps and viewing platforms.

Alongside the impressive array of hardware installations, visitors find a collection of tin miniatures, a soldiers’ croft showing what life in the army was like in the mid 1800s, a regimental archive, children’s play area and the usual café and gift shop.

The museum is situated 7km from Strägnäs along the E20 motorway, aboiut 60km west of Stockholm.