A SEA chest once belonging to HMS Warrior’s Paymaster has been donated to the ship and now has returned to the Paymaster’s cabin.

Lt Cmdr. Caroline Saunders, who serves with the Royal Naval Reserve Air Branch at RNAS Yeovilton, offered the Victorian chest to the ship after discovering her Great, Great Grandfather had served as an officer on board the ship. William Frederick Woods, who was one of the Royal Navy’s first commissioned Paymasters, served on HMS Warrior between September 1880 and August 1881. The 40-gun armoured frigate was, together with her sister Black Prince, the firs t major warship to, in combination, be both steampowered and fully iron-hulled and armour-plated.

Built in response to the launch of the first ocean-going ironclad, the wooden-hulled Gloire of the French Navy, at a stroke HMS Warrior, as Gloire had before her, made obsolete each and every serving warship in any navy. However, by the time Paymaster Woods was working on board, Warrior had been outclassed herself, rendered obsolete by the turret ship HMS Devastation in 1871, the first capital ship to not carry sails, and the first whose entire main armament was mounted outside of the hull. Warrior had been in reserve since 1875 and just two years after Woods left the ship, Warrior would be decommissioned.

The chest had been passed down through the family, eventually inherited by Lt Cmdr. Saunders. “Originally it was thought to be my grandfather’s”, explained Caroline, “but when I inherited it I had a closer look and noticed there was a Brass plate with the initials ‘WF Woods’. (William Fredrick) My grandfather was R (Richard) Woods, WF was his father.”

A relative had already researched much about W.F. Woods in regards to a memoir concerning John Woods, Lt Cmdr. Saunders’ great uncle. A brief mention in this memoir confirmed what Caroline suspected: “On checking I found that yes, although only briefly, W.F. Woods had been the Paymaster in HMS Warrior between 1880 and 1881; and I wondered if I might have found a home for the tin chest, a better home than sitting getting rustier in my loft.”

HMS Warrior is undergoing a large project to refurbish part of the iconic warship’s living quarters, and the Warrior Preservation Trust was delighted to receive a genuine tin sea chest as a new exhibit, especially one that had actually belonged to a member of the ship’s company.

After his time on Warrior, W.F. Woods stayed in the Navy for many years, spending five years on the China Station. Lt Cmdr. Saunders detailed her ancestor’s later career: “His worst experience occurred in Nova Scotia where he was in an accident which left him with a broken pelvis, which necessitated several months on an unheated water-bed through the Canadian winter.”

Adding; “[He] ended up as Paymaster in Chief Fleet in charge of Chatham dockyard… retired on half-pay in the early 1900s and moved the family to Lucerne [Switzerland].” 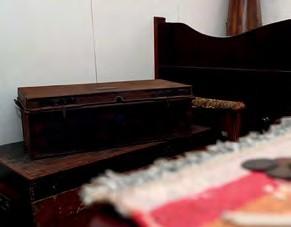 Warrior also had a lengthy career, even after decommissioning. She served as a store ship and from 1904 was part of the Royal Navy’s torpedo training school. In 1927, Warrior was converted into an oil jetty in 1927 and remained as such until 1979, when she was donated for preservation. Following an eight year restoration, HMS Warrior returned to Portsmouth in 1987, where she can, today, be visited. 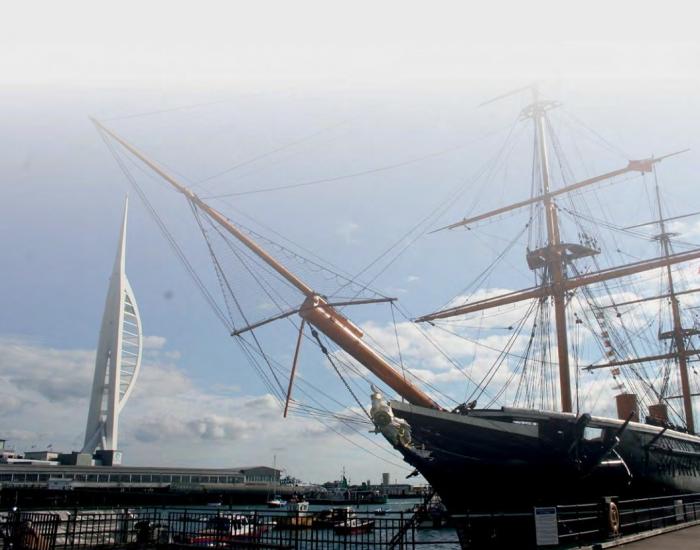 A posthumous Victoria Cross recipient has been honoured with the unveiling of a commemorative stone in Aberdeen. Archibald Bisset Smith served in the Great War as a merchant ship captain when his vessel was attacked in the Atlantic by a German surface raider disguised as an merchant ship. With five crew dead and the New Zealand-owned ship ablaze, Smith gave the order to abandon ship but remained on board as it sunk. His courage has now been further recognised with ceremonies, both in Scotland and New Zealand, paying tribute to his heroism. Descendant Anne Bisset Smith said: “I feel honoured to be related to a person who, with his crew, demonstrated so much selfless bravery in the face of such terrible odds.”

☆ Following the previously reported controversy surrounding the felling of First World War memorial trees in Sheffield, opponents have staged a march with volunteers dressing in First World War uniforms to commemorate the 100th anniversary since the trees were planted. In total, nine members of the public “stood guard” in front of the nine threatened trees as protesters gathered for a two minute silence and service. Presently, the trees serve as a memorial to the 77 former pupils of the nearby school who never returned home from the war. Event organiser, Graham Turnbull, said: “These trees were planted before the end of the war and we think it may have been the first time trees were used in this way. It is certainly one of the first tree memorials.” Efforts to spare the memorial trees continues.