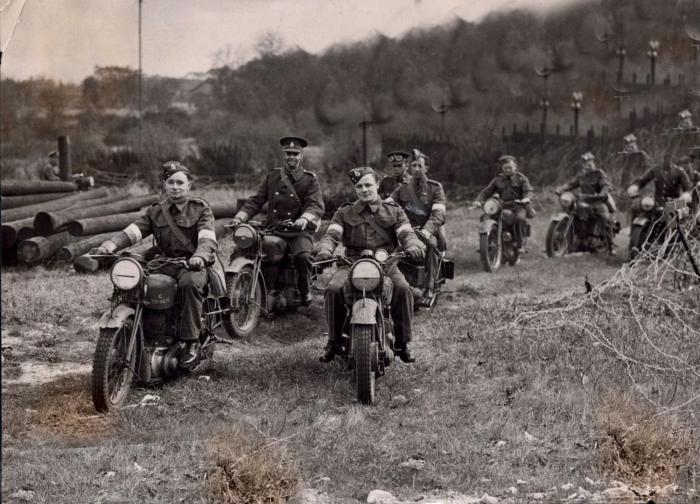 1940: This photo issued on April 25, shows a group of Royal Army Signals Corps riders on a training exercise. They are riding BSA WD M20 motorcycles, a side valve single of 496cc displacement 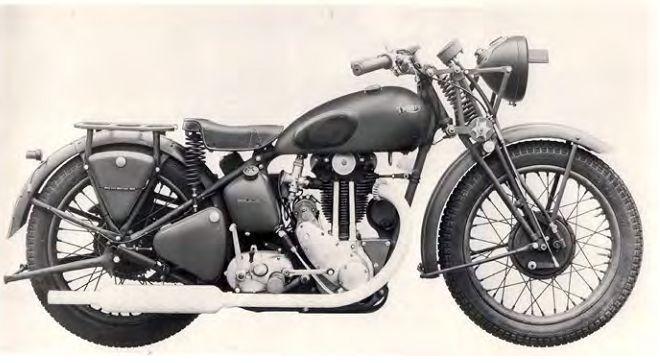 1939: When World War Two started in 1939, the Triumph Tiger evolved into the military 3HW model but Triumph’s Coventry works was destroyed by German bombers on the night of November 14, 1940

Despatch Riders (DRs) on the home front were equally active in wartime Britain, a potentially hazardous environment where road deaths peaked in 1941 at 9,916. Bombing and bomb damage, the blackout, the absence of road-signs (and even shop signs bearing a town’s name were painted out), road surfaces which included cobblestones and greasy wooden blocks, English weather, plus from 1943, large numbers of forces’ vehicles piloted by Americans accustomed to driving on the right – all had to be contended with.